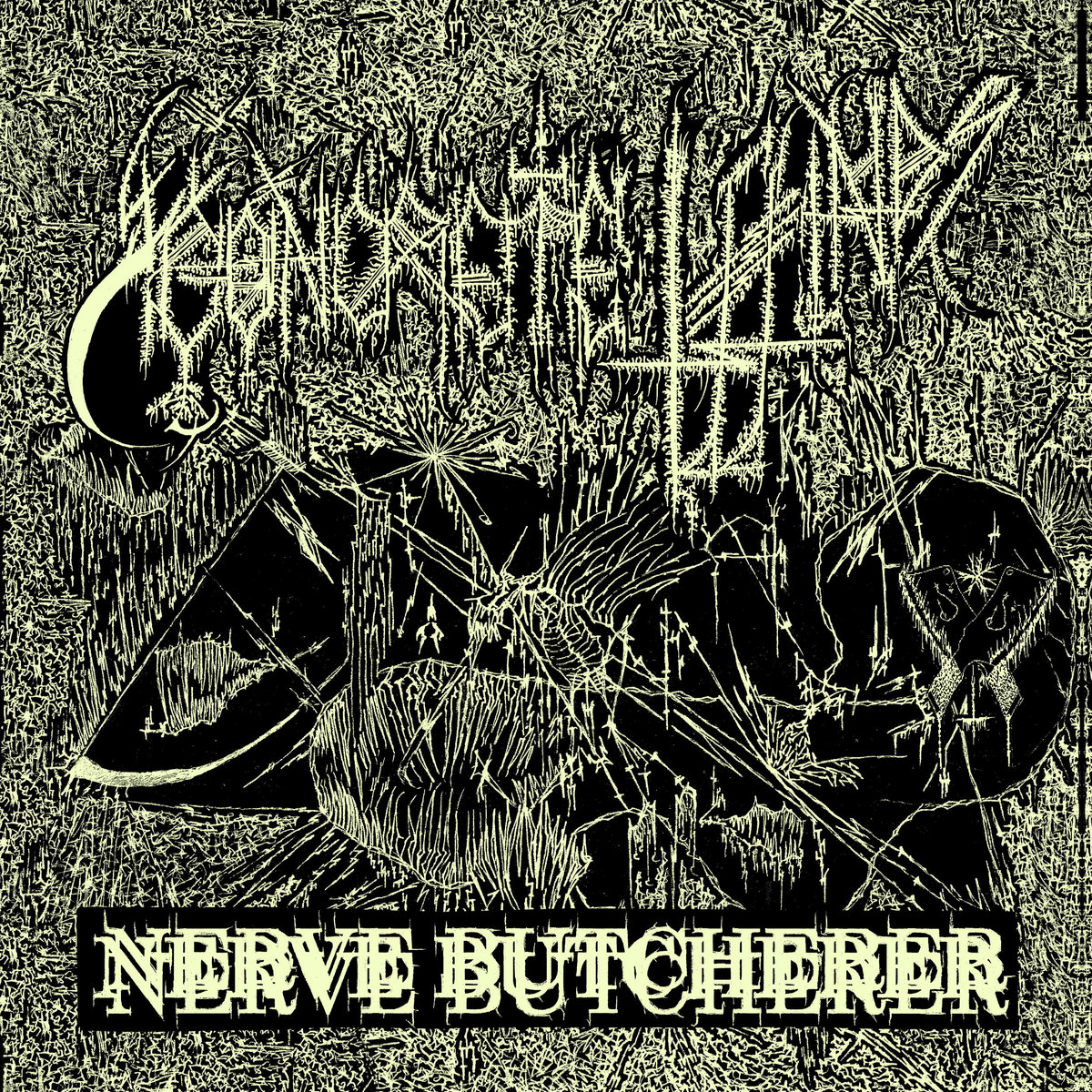 At the end of last year Concrete Winds treated us to a new album of extreme violence. I can imagine that you are still recovering from 2019’s ‘Primitive Force’, but Concrete Winds is relentless and comes to beat you silly once again. The accompanying promo text offers the following description: “Repulsion on 78rpm, Morbid Angel hunting in bloodlust, Terrorizer infected with rabies or Funeral Mist`s most dreadful moments”. So, I am wondering what I still have to add to that.

Compared to their debut album the duo, that formed Concrete Winds after Death Metal band Vorum was carried to its grave, managed to make an even more violent record. ‘Nerve Butcherer’ doesn’t only pick up where ‘Primitive Force’ left off, it is even a step up on levels of violent barbarity and savage extremities. A more piercing sound makes the songs drill your brains out in a more Black Metal kind of fashion, leaving the Grindcore vibe out a little. This way it gets even more close to bands like Sadistik Exekution and Angelcorpse, yet played twice as fast. And while lots of bands get into Blasphemy, Proclamation and Archgoat territories, Concrete Winds sound less bestial but even more Black Metal oriented. The screaming solos and incredibly frantic drumming with very little dynamics seems just proudly underlining the brutally one-dimensionalism. It might be hard to believe, but the chaotic and vile intent of the songs get even more in your face than on the bands’ debut.

While listening to ‘Nerve Butcherer’, which fully lives up to its name, you might wonder how long this formula is able to last. After all, the two guys have already played two albums full of all their depravities. Yet, when you least expect it, you are treated to a surprise in the form of ‘Dissolvent Baptism’, a song that has some real pounding (electronic?) beats which gives it a certain industrial feel to it, not much unlike Season Of Mist recording artist Autarkh.

And just like its predecessor, this album also clocks around 25 minutes, which is more than enough and you’ll most likely need much more than that to recover from it. So, put on your helmet, polish your army boots, find your battle vest and prepare for battle!