Weathered Crest – Blossoming Of The Paths 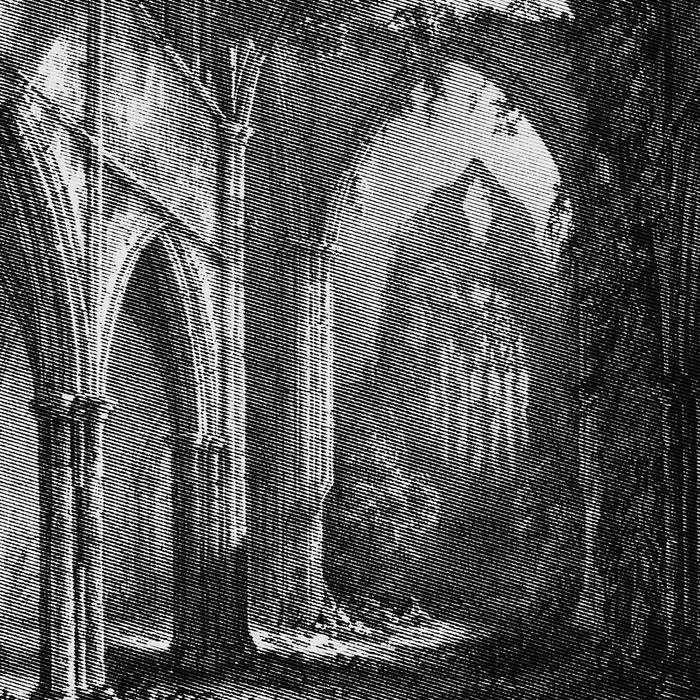 Earlier in 2021, Weathered Crest, the project started by Vritra from Brånd and Kringa, released the ‘Broken Column’ debut EP. Which was followed up with this first full-length album, on which he is joined on drums by Talon from Hagzissa and also Kringa – here still in the role of guest/session musician but joined as a permanent member of this project not long after the release of the album. The EP already gave a small insight into what Weathered Crest stands for, Raw and Lo-Fi Black Metal with a host of different influences from other, mostly non-metal, genres.

That concept is continued on ‘Blossoming Of The Paths’, the rather gritty and rough Black Metal forms the monotonous base on which a colourful palette of 80’s Noise Rock, Wave and Punk is poured out. This results in an enigmatic mix that integrates melodies into the music in a fairly minimal but compelling way but does not immediately become very accessible from it. The buzzing feedback and analogue production by no means counterbalance this either, the crunchy sound fits in with the pure Garage sound that also fits so well with those Noise Rock bands of the late 70’s and early 80’s and enjoyed a revival throughout the 90’s. Despite this album being only a little over half an hour long, it does feel like a rather exhausting ride. It is definitely not easily digestible music and certainly demands something of the listener. Perhaps this is why I found the much shorter ‘Broken Column’-EP a more enjoyable experience than this album. Which does not alter the fact that fans of Raw Lo-Fi Black Metal that is full of dissonant Punk and Noise influences should definitely give this a try.