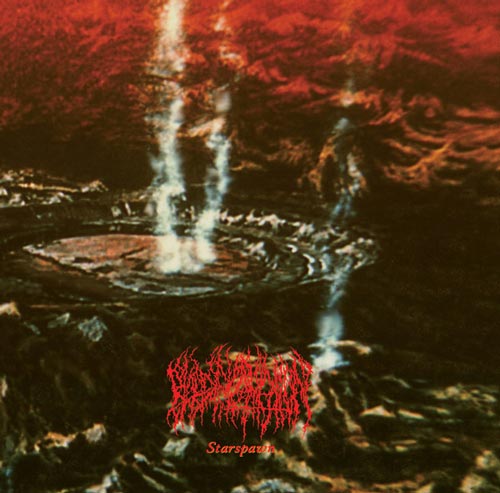 August 19, 2016 will mark the official release date of Blood Incantation’s debut album “Starspawn” on Dark Descent. Delivered directly from outer space, this is the logic continuation of their previous EP “Interdimensional Extinction” (2015 Dark Descent Records) and, if you were paying the proper attention and not living in a cave somewhere, you already noticed the high level of expectation their new album has. The amazing quality of their debut EP just showed us a glimpse of the storm that was approaching us. The brilliant song writing skills displayed on the four track record just got better on “Starspawn” and has placed the band in a place where just a few names can get into. Nothing can be compared to their work. It is death metal for sure, but a new breed of death metal. Something that explores new territories and goes where the death metal imagination never went to before. During 35 minutes your mind is taken to unknown intergalactic landscapes with threatening atmospheres. The songs are so brilliantly interconnected and the order was so perfectly chosen that this could easily be a single track album. The high expectations we all had were met and surpassed! Another reason (as if we needed any more) to prove us the definition of Dark Descent Records is high quality metal. Grab this while you can! (Antonio)