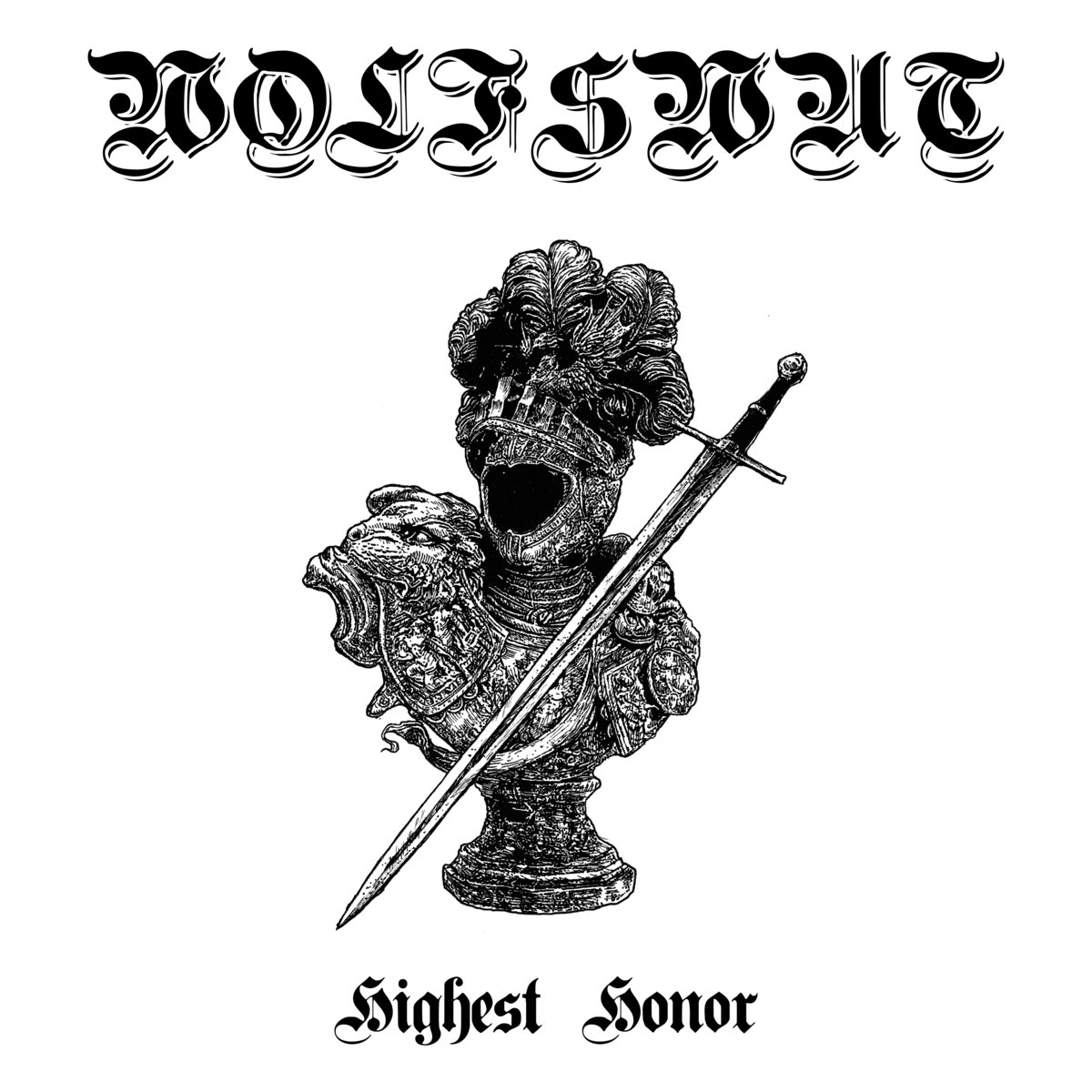 It can be me, but it seems like there’s getting more and more one-man acts in Black Metal these days. The American Wolfswut, a one-man act of a sinister figure who calls himself The Astral Serpent, also signs up to that front. And in the good tradition he keeps several other bands and (solo) projects going, among them Crucifixion Bell and Viridescent Funeral. Under the name Wolfswut, he released his debut-album ‘Highest Honor’ in late 2021, what has now been picked up by three labels: Atrocity Altar will release it on cassette tape, Signal Rex on CD and Italy’s ASRAR on vinyl.

Wolfswut brings back-to-basics Black Metal with a fitting underground production. This basically means cold guitar riffs, rumbling bass and fairly standard drums that blend together in a rather chaotic mash that is enhanced by heavily distorted vocals. All wrapped up in four length tracks. Many a “normal person” will certainly label this as unlistenable. However, the sparse moments where some more melody and dynamics creep into the music do show that The Astral Serpent does have some musical abilities. That shows best at the start of the last (and best) track ‘The Highest Honor’ in which he evokes a great atmosphere with samples of some sort of ritualistic singing and finally bursts into a melodic riff. Still the most part of ‘Highest Honor’ is rather flat-footed Black Metal and very little elevating.

Yet, it is done in al the right underground-aesthetics that it is expected that there will be enough Black Metal aficionados who will be picking this up, but I’d rather wait for the follow-up to see how The Astral Serpent further develops Wolfswut. (FelixS)