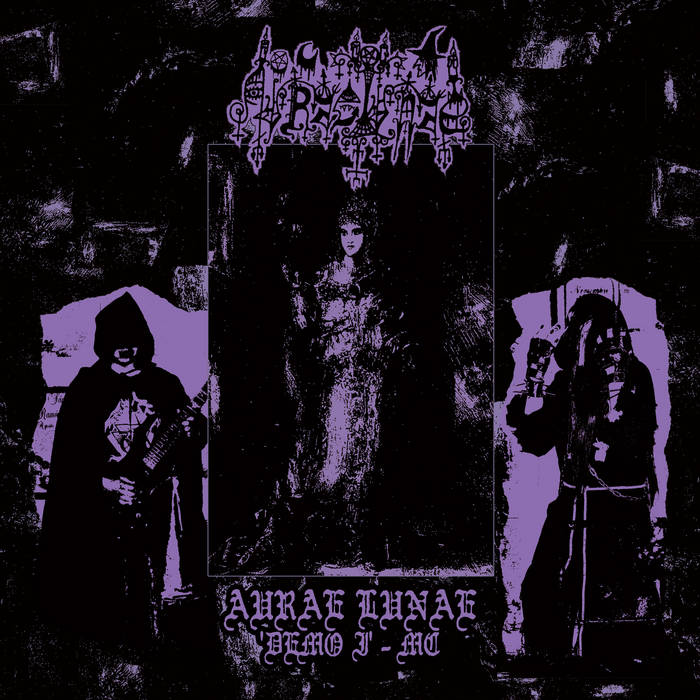 Normally, when the term “synth-driven Black Metal” is used, bands like Cradle of Filth or Limbonic Art would come to the mind of most people. Since these are some of the names that made this particular kind of Black Metal popular some time ago. For the purists of the genre, Black Metal and synths, on the vast majority of occasions, aren’t seen as a welcome combination.

However, in the recent past and through to the present times, the “oh so hated instrument” has been well employed in the milieu of Raw Black Metal with astounding results.

After a split with other heavy hitters of the modern scene, Aurae Lunae’s first offering presents us with a great mix of synth work and 90s-oriented Black Metal that is very reminiscent of the Les Légions Noires in its delivery and even aesthetics. Being a creation of members from bands such as Wampyric Rites, Dungeon Steel, and others. My curiosity and expectations were high for this new release, and I’m glad to say that this demo has some incredible moments. Provided there are passages with some catchy and, dare I say, even ethereal moments here and there.

Aurae Lunae’s first demo is a quite varied piece of raw music, but despite its rasp guitars and harsh vocals, there’s still room for melody and a dense atmosphere that brings to mind the visions of deep forests, rituals, and old witches dancing around the ceremonial fires.

I’d highly recommend the track “Ls Brjs Cntn Ngrs Hchzs” (that could be translated to “The Witches Sing Dark Spells”), which has a trance-like rhythm that is almost like a waltz.

I know that all this can sound weird in a Black Metal review, things like dancing and ethereal aren’t qualities that are often associated with the genre.

But, Aurae Lunae is a band worth checking out if you feel daring to check out some Black Metal that isn’t afraid of experimentation, but that remains true to its roots and doesn’t fall for the avant-garde sound. (D.F.)