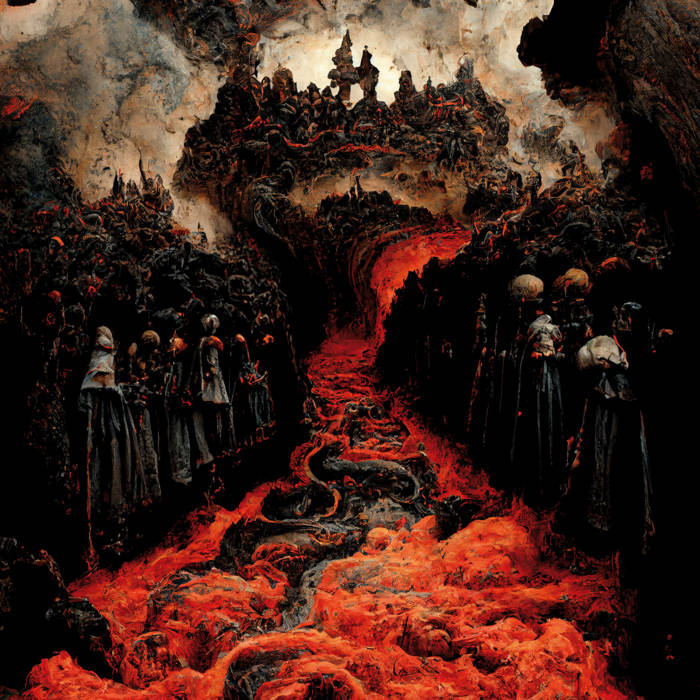 Last year marked the 20th anniversary of the Portuguese Black Metal act Irae, the brainchild of its sole member, Vulturius. In those two decades he has been really prolific, not only with Irae (with this new album being the fifth full-length and 40th release in total), but also with some other bands he is or was part of, like Corpus Christii, Flagellum Dei, Decayed and Morte Incandescente. A prominent figure in the blooming Portuguese Black Metal scene, who has contributed more than just a bit to its rise. With such an extensive discography, Vulturius has worked with an equally big amount of underground labels, of which a lot of them are Portuguese too (Black Gangrene, Altare Productions, Hellprod) and for the release of this new record he also kept it within the Portuguese scene, releasing it through Signal Rex.

While I wouldn’t claim I have heard all of the Irae material, I liked the 2017 ‘Crimes Against Humanity’ best. It had a distinct Norwegian sound, which was pushed further on the 2020 album ‘Lurking In The Depths’ that sounded pretty close to Darkthrone’s earliest Black Metal albums. On ‘Assim Na Terra Como No Inferno’ Vulturius clearly took a different musical path. There’s not so much Darkthrone or Burzum to be found on this new album, instead it seems that influences were drawn from the French Black Metal scene. With its more stripped down and slightly minimalistic rocking sound it is rather reminiscent to the best known Les Legions Noires (Vlad Tepes, Mütiilation, Belkètre). Really raw and barebone, with a distinct rocking drive and raspy vocals, which, on their turn, sometimes sound more like the German Black Metal scene from the turn of the millennium (like on ‘Zangrandv v Rebanhv… Uma Melodia de Loboz’). The acoustic sections here and there as well as the slight noisy and Ildjarnian sort of approach to some of the tracks, like ‘Relíqvia De Espinhvz’ for instance, do make for quite a surprisingly versatile album. From a musical perspective it is fair to say that ‘Assim Na Terra Como No Inferno’ is Irae’s most diverse sounding album and with it, it is quite an interesting listen. Don’t let the rather unsatisfying AI-generated artwork fool you, this is very much worth your time.