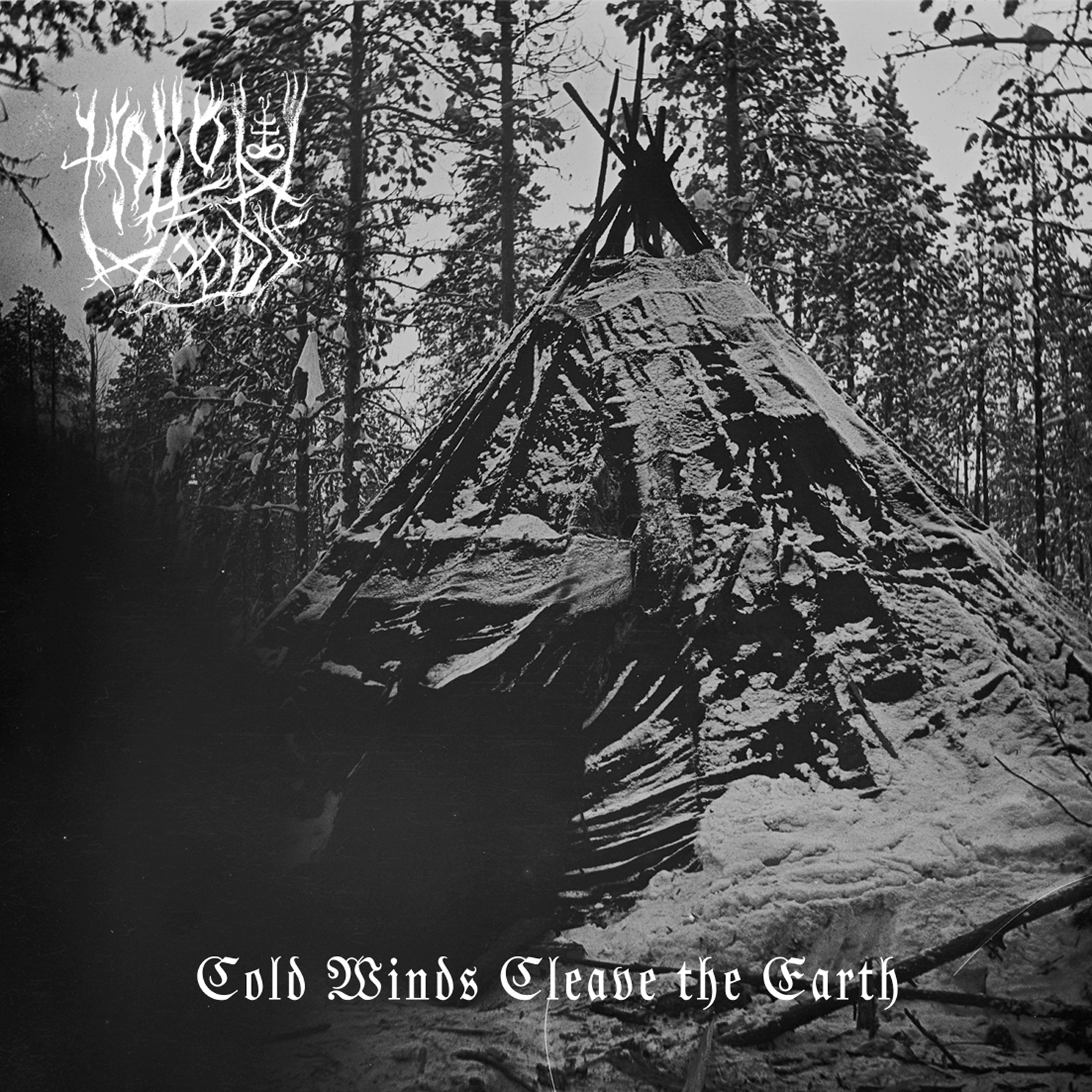 Finnish Black Metal band Hollow Woods have an unusual sound for a Finnish band, in that they stray closer to more Norwegian sounding territory. Not that this has hindered the band at all and their 2021 released debut album ‘Cold Winds Cleave the Earth’ has a forthright, intense sound that its hard not to enjoy. Signal Rex have put this album out in a CD/Vinyl combination pack which features simple yet endearing artwork and one of the best Black Metal logos I think I’ve seen yet!

Whilst Norwegian sounding on the whole, there is an urgency about the guitar leads, as well as a definite purpose behind the powerful drumming display during opening/title track ‘Cold Winds Cleave the Earth’ that is reminiscent of early Winterfylleth work, though the vocals are far more anguished and raw from Hollow Woods. I’d say the opening to this album has a controlled fury about it, however ‘A Frozen Glance’ releases its hold on that fury and the result is a far more furious sounding rhythm, quite atmospheric with it’s grinding riffs and yet unrelenting in it’s velocity and fury. It isn’t just instrumentally that things take off here either, as the vocals fully unleash in Primordial like wailing. And yet, in a completely contradiction to most of what I’ve just said, we also hear the band unfurl their more melodic side with softer guitar leads combining with the more wailing style of vocals and a lighter drumming style, all used to great effect and a marked contrast to the bands usual energetic nature.

And so it goes. The album features six tracks in total and my thoughts already laid out really sum up the entire album. I am more partial to the slower, more haunting tones of ‘Glacial Hell’ but as a whole the album is engaging and never wears out it’s welcome by becoming stale or repetitive. Impressive are the levels of musicianship for a band who had only put out a couple of demo releases before this full length, as well as the song writing which is both thought provoking and with an eye on intensity and mood. (Luke Hayhurst)