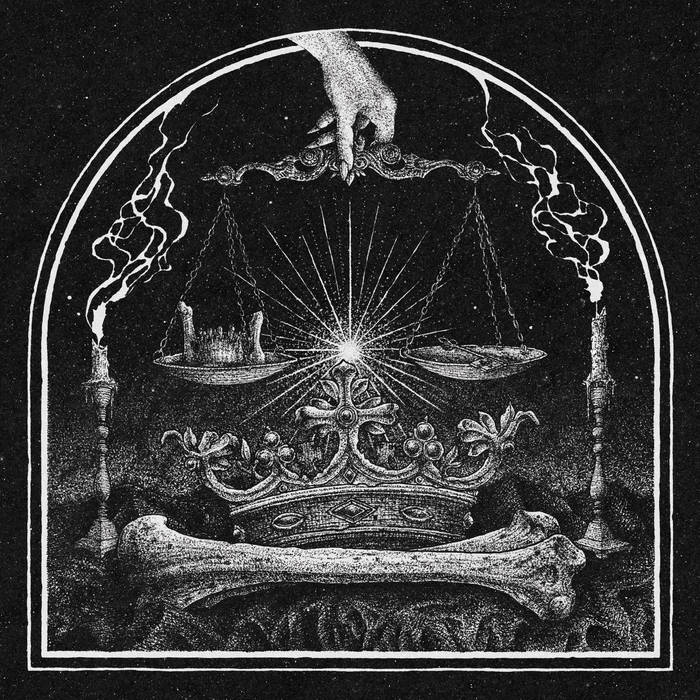 Norway will always be seen as the birthplace of Black Metal, or at least Black Metal as we conceive it in the XXI century, right? Right. Whether it is considered, or not, that the Norwegian scene was fundamental in the solidification of the genre, that is another issue. In any case, Norway has never stopped creating good Black Metal, although often in the shadow of those who “caught fire”, in the 90s.

Formed in 2016, “Funeral Harvest” is the result, in EP, of the work of Norwegian and Italian musicians. Each track is a ritual, each rite a step forward in the evolution of the individual. Based on a theological basis, “Funeral Harvest” comes after a Demo – “Bunker Ritual Rehearsal”, 2017 – and a single, in 2019 – “Ostende Nobis, Domine Sathanas, Potentiam Tuam”. The influence of the 90s, in Norway, was expected to be more present, but the collective does not allow itself to be dragged into the same repeated formula, choosing to plunge deep into a ritualistic darkness and hypnotic vision of Black Metal. Immersed in a dark melody, each track drags us a little deeper into an ocean of blood and defeat.

Black Metal from the 90s with contemporary details. The necessary motivation for insisting on evolution! 4 rituals full of fury and aggression, melody and fluidity! (DanielP)