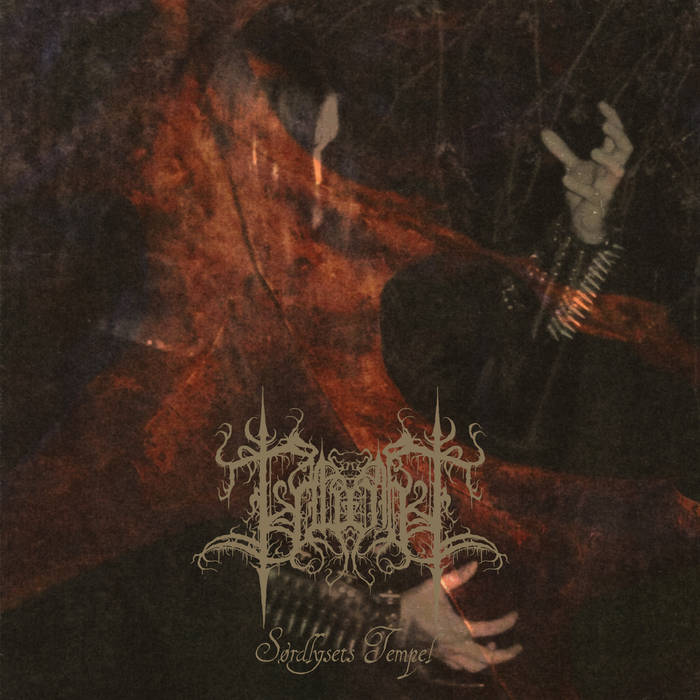 Signal Rex have teamed up with Chilean one man Norwegian inspired Raw/Ambient Black Metal project Evighetens to combine the 2020 ‘Solnedgangsstjerne’ and ‘Glemt skogens riket’ demo releases into a compilation on CD and 12″ vinyl entitled ‘Sørdlyset Tempel’. Evighetens belongs to a group of bands who call themselves the ‘Pure Raw Underground Black Metal Plague’ circle, as well as another group calling themselves ‘Valdivian Black Circle’. Whilst this doesn’t mean much to me, what I can tell you is my thoughts on the Evighetens career to date as it’s all included on this compilation.

Whilst the promotional blurb that comes with this release might describe the sound as minimal, I’d go on record as saying poor. Poor production leading to a minimal sound in which the drums are barely audible in places during ‘Under en Nattfestning’ and the bass is none existent. That said the ominously growled vocals carry an echoing quality to them which I enjoy. Both the opening track ‘Regnet og den Evige Skyggen’ and also ‘Gjemte til Tåkesheim’  and ‘Kaneltåke’ are ambient tracks which certainly add to the overall nocturnal atmosphere, but it’s during ‘Glemt Skogens Riket’ and it’s slow plodding pace that the vocals take more a back seat and the simple sounding guitar leads and drumming can take the focus. In truth I genuinely thought I was going to hate this releases after a few minutes of lo-fi meandering but the easy going melody and oddly calming atmosphere really starts to draw you in and I found the whole things rather relaxing.

One of the oddest things about the compilation is that the projects second demo opens proceedings whilst the final three songs are the projects debut demo. The difference between the two demo releases in startling, as now the relaxed ambiance dissipates and raw, frantic Black Metal ensues. Each track is longer too making them more tests of endurance. I understand putting the more melodic demo first on the compilation if that is the musical direction the project has progressed into, but why not just re-release the second demo as this feels tacked onto the end. That said, as the second demo continues there is a grinding sort of intense atmosphere created through the gloom and murk of the production that I admire and enjoy. I’d be very interested in what comes next from this Norwegian inspired Chilean. (Luke Hayhurst)