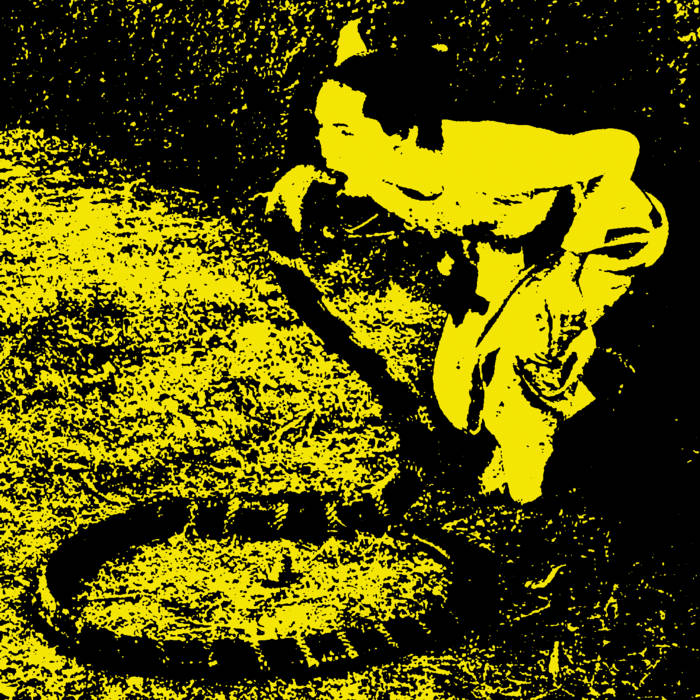 Ruach Raah, which translates to something ‘Spirit Of Evil’ from Hebrew, has been around for about a decade now and continues to release their stripped down Black Metal with minimalist English Punk vibe. I ran into them ten years ago with their split 7” with Maldição that got released in a small run of 133 copies through the now defunct Portugese Discipline label. That one release has remained quite typical for the bands’ approach to the genre: inaccessible in music and in underground aesthetics.

This ‘Marquis Of Serpents’ cassette tape EP is the latest in the series of (split) EP’s, Though I believe that the band presents it as a demo tape, I don’t have a clue why, because the band’s latest offering, the ‘Misanthropic Wolfgang’ was released by Signal Rex, just as this tape. Ah, well, demo… EP… What’s in a name anyway. We are presented with four tracks of their trademark Raw and Punk-driven Black Metal that leaves very little to the imagination. Though being Punk infused, the songs are rather lengthy, between 4 and 5 minutes each and the guitar tone is definitely Black Metal-like. The Punk is to be found in the fuck-you-attitude and aggression that is bordering those early 80’s British Punk bands. Yet, Black Metal still forms the strong basis for Ruach Raah’s music, but the balance that the band found in incorporating the two genres is getting more and more effective with each release. The sharp and hateful Black Metal tone of the guitars go hand in hand with the nasty and angular Punk edge, which punches you right in the teeth.

In the Black Metal climate of today there is more and more room for Punk drenched Raw Black Metal and while Ruach Raah kind of remains low-profile, they are on the top of their league. Oh, and just to make sure they are a real Black Metal band, they’ve added a Moonblood cover in the form of ‘Supreme Black Forces Of Steel’, which was taken by their übercult split 7” EP with Katharsis from 2001.