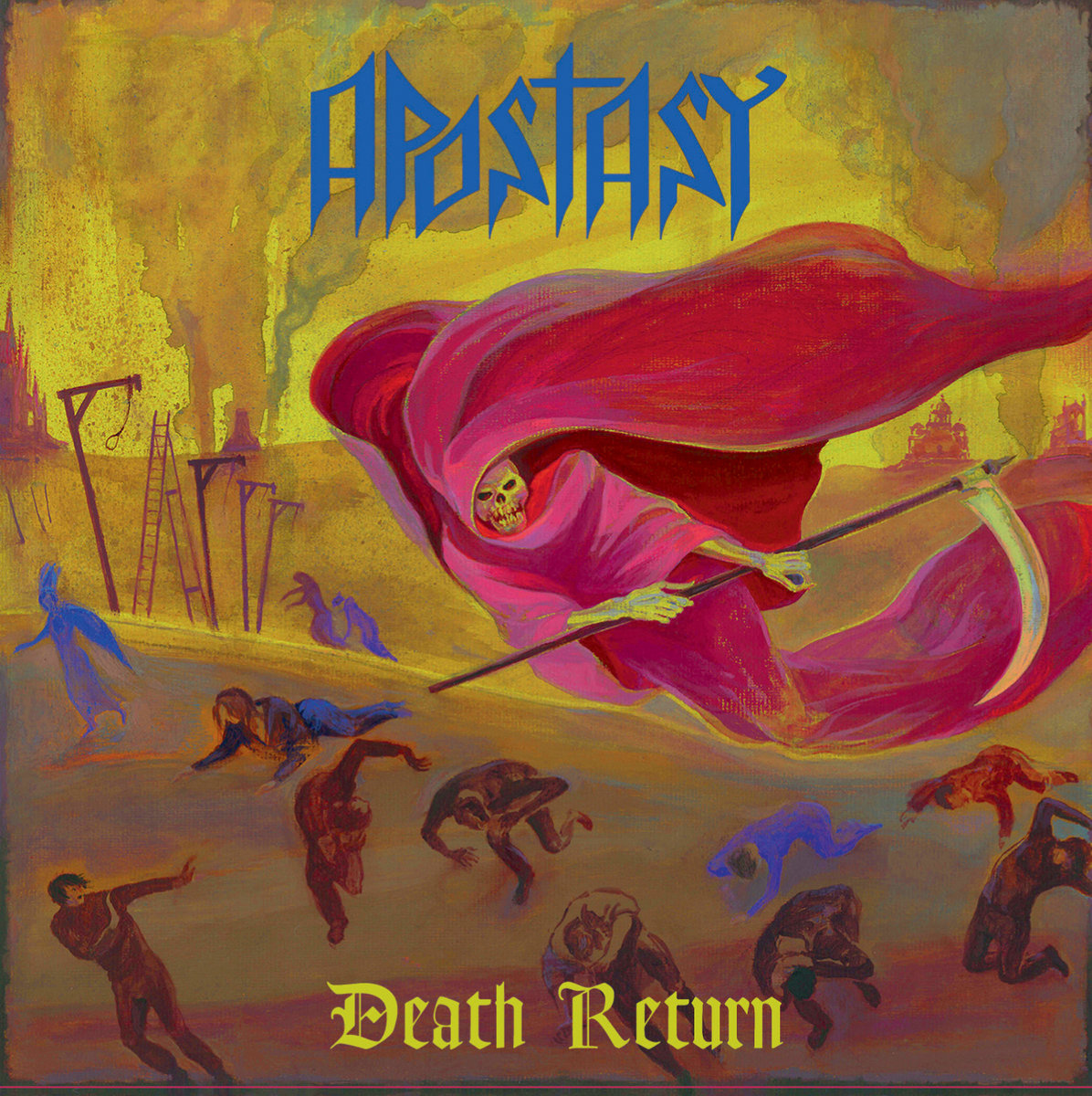 First appeared in 2021 on both cassette tape and CD formats (by Cabalist Records and Fallen Temple respectively), this third album by Chilean cult thrashers got another run of releases in 2022 by Hammerheart Records and Sentient Ruin Laboratories on vinyl with ThreeMetal Forces Distro taking care of another version on cassette tape. Such a wide interest from various record labels from all over the globe may indicate that we are dealing with an exceptionally good Thrash Metal album.

And is it? Over the years since their inception in 1987 the band has gained a certain cult status within the underground Thrash Metal scene, especially in their native Chile, but they certainly have something to offer. Though they have spit up halfway the 90’s, they returned to the front in 2013 and have been perfecting their take on the genre ever since. With ‘Death Return’ they deliver their latest full-length album, and although their 1991 debut album ‘Sunset To The End’ is widely regarded as their ultimate classic for all the right nostalgic reasons, I guess it is fair to say that ‘Death Return’ is their best albums, judging it on its musical content. Pure evil Thrash Metal very much in the vein of pre-‘Reign In Blood’ Slayer, including the trademark staccato barking vocals and catchy and frantic riffs, yet minus the falsetto screams and the wild and screaming solos I could cite any song as a good example, but let me pick one: ‘Deceased In Funeral’, aargh, it has Slayer written all over it. Much more than with their earliest offerings they now also have a slightly blackened edge to them, which might also reminds of early Sodom and perhaps even a less deathly Protector. Everything they do not have in terms of originality or .. they do make up for with pure enthusiasm, ultimate dedication and just a youthful energy, even if the band has been around for as long as 35 years!

If you feel the need to end a bad day right, chase your mother-in-law out of the house or just feel like blowing the plaster off the walls and treating the neighbours to some real metal, ‘Death Return’ is more than an excellent choice. Needless to say, this comes highly recommended!