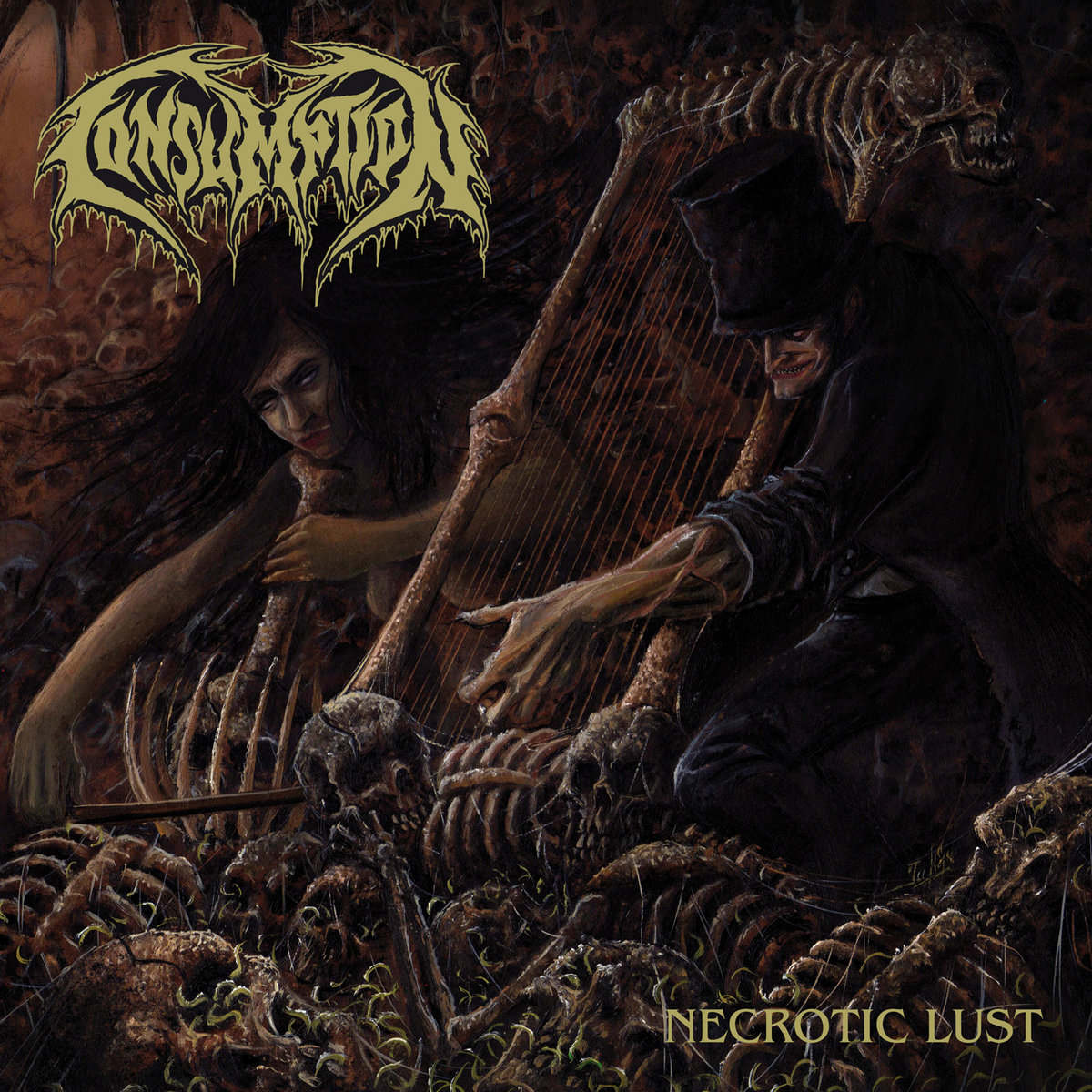 Consumption is a band that was formed two years ago by Håkan Stuvemark of Wombbath fame and two fellow musicians with experience in a wide range of different bands. They didn’t need much time to get things going as they already released their debut album only a few months after their formation and it took just another year to come up with their sophomore album.

While their first album had much of a Carcass-vibe from the UK legend’s ‘Necroticism’-era, there was also a clear distinctive Swedish Death Metal edge to it Unlike my colleague that reviewed Consumption’s first album here on VM-Underground and who was raving the Carcass mood, I personally don’t think it was such a pure Carcass-worshipping album. It has as much to do with Stuvemark’s other band, Wombbath, as with Carcass. ‘Necrotic Lust’ is a logical continuation, musically. There is still a solid Carcass foundation, but it is now has an equal share of (Swedish) Death Metal to it. This means it serves you with catchy and slightly chopping riffs, raspy and gurgling vocals and solid guitar leads and solos. The only thing that makes Consumption different from either Carcass or (modern) Death Metal band is the rather standard drums; they do offer some variation, but never get really interesting, rocking or get into furious and wild bursts. In comparison to the debut album, the production on ‘Necrotic Lust’ is slightly enhanced too, the rawer edge has been polished off, resulting in a solid and rolling sound. As a nice bonus, you’ll get your fair share of classic Vincent Price quotes and other Hammer Horror samples.