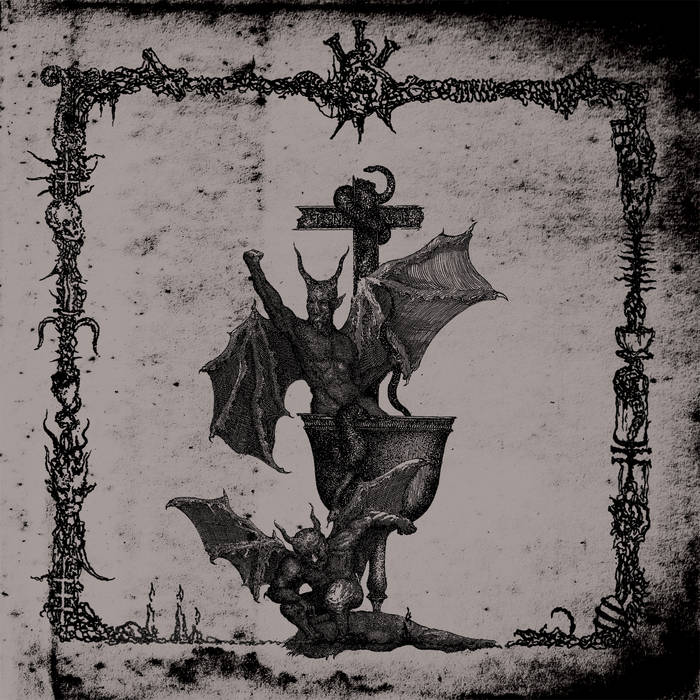 Although the band denies it, Vel’Hal was part of Chile’s Black Metal underground elitist circle that goes under the name of ‘Pure Raw Underground Black Metal Plague’. Whether that is (or was) true or not, since Lord Valtgryftåke left the band in 2020, the German H.S.V.H. is now the sole member of Vel’Har. But as a two-piece they recorded this first demo, ‘Letanía I’. Originally released in 2020 on CD through Rigor Mortis Productions and on tape by Mahamvantara Arts. This one and only demo now gets the vinyl treatment by the ever-active Sentient Ruin Laboratories. The true Black Metal aficionados among us might have picked up a copy when it was released two years ago, but this was my first acquaintance with the band and I was pleasantly surprised.

This demo is basically only two tracks, but comes with an intro, intermezzo and outro as well, together clocking in just under 20 minutes. What strikes first is the dark and heavy production, which fits well with many other bands from the current German Black Metal scene. Not only the sound, but also the well written dynamic Black Metal with that rough Death Metal edge fits well in that tradition. The slow, lingering riffs together with the deep grunts and icy screams form the basis for the uneasy feeling and the overall sinister atmosphere. The aforementioned dynamics come in the form of furious outbursts of aggression in both faster drums and sharp guitars. The instrumental ambient interludes form a grim background and fortunately do not last too long so they do their job: introduce and reinforce the music. As far as I am concerned, this would appeal to fans of the releases of pioneering labels like Terratur Possessions or W.T.C. Productions. (FelixS)