Inquisitor – Stigmata Me, I’m in Misery 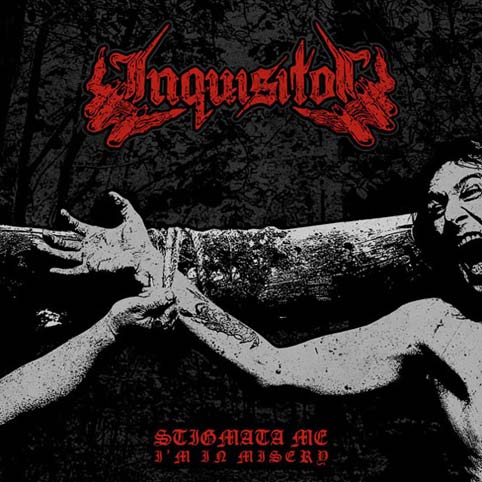 After the resurrection of the Dutch X-treme Thrashers Inquisitor and the performances that followed, the call for new material is something to expect. Fortunately the band agreed and presented a preview with the “I Am Sick, I Must Die” 7” which also contents mighty Pestilence (“Extreme Unction”) and Dark Angel (“Perish in Flames”) covers. The title track is a fast Thrashing grenade that has the Inquisitor logo written all over it, so the first full-length since 1996 must be an album that is worth every penny….I can tell you, yes it is. Every fan of überspeed riffs, furious basswork and blasting drums in the vein of Sadus, Dead Head, Dark Angel, Macabre and most and foremost Inquisitor, will not be disappointed for one bit. Like with their debut album “Walpurgis – Sabbath of Lust”, the sick vocals of Alex Westdijk are an asset for the overall sound of Inquisitor. It sure gives the “X” in X-treme Thrash. Besides new songs you will also hear a Merciless cover (“Dreadful Fate”) and a Sabbat cover (“A Cautionary Tale”) that first featured on the live split with Desultory back in 1993. Not the Swedish one, but the Dutch version that had 3 out of 4 members of Inquisitor in their ranks. Some bands turn soft after 22 years…what’s the case with Inquisitor, you ask? I say, boy, I say…Furious! (Ricardo)