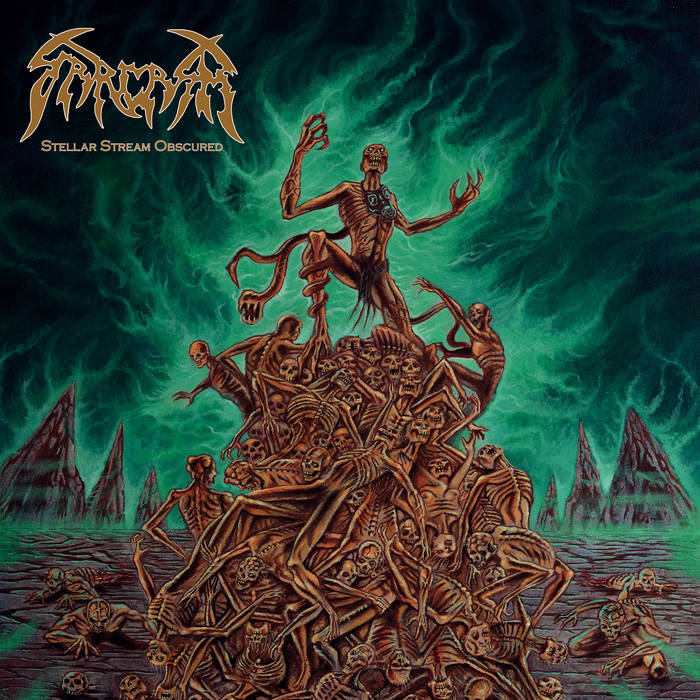 Uppsala, Sweden based Sarcasm is a band with a story. When they started out in 1990 they were basically a rather standard Death Metal band, which, like most other Swedish bands at the time, took their direct influences from Autopsy and Nihilist. They would however soon try to incorporate some melodic and moody elements in order to achieve a sound that was more of their own. It can be debated whether that experiment was successful; compared to demos by some other bands from the same time frame, those early recordings sound rather flat and somewhat directionless. The band was not long-lived, quitting in 1994. But like so many others, in the wake of the revival of Old School Death Metal in the 10s, Sarcasm experienced their second youth. Whereas in the early 90s they couldn’t manage to record a full-length (or even just a 7″ EP), now they didn’t waste any time. Within a year, the band came up with ‘Burial Dimensions’, released by Dark Descent Records.

Fast-forward a few years, in the year 2022, the band will release their fourth album, ‘Stellar Stream Obscured’. Meanwhile, the band has signed to the Dutch Hammerheart Records label, which also provided the vinyl version of the previous album. The main conclusion to be drawn from this latest album is that they seem as indecisive as ever when it comes to musical direction. The band’s Death Metal roots are definitely still audible, but in recent years the band has already slowly moved towards a somewhat more Black Metal sound. And between those worlds, Sarcasm still lives. The band even complicates that balancing act by adding much slower sections, which even lean towards Doom/Death.

That musical schizophrenia makes it very difficult to get into the flow of the album. Although the album is full of musically good ideas, which are also well developed, the album comes across as rudderless. At one moment, Sarcasm sounds like a Black Metal band, then it puts on a more Melodic Death Metal jacket, only to end up in a Doomy song. To complicate things a bit more, vocalist Heval Bozarslan’s vocals are not equally strong at all points, making it all the more clear that the band might be better off just making a choice and could go in a somewhat steady direction.

The melodicism is a common thread throughout the album though, it shows up in every song and still holds things together a bit. While ‘Stellar Stream Obscured’ is certainly not a bad album, it is mainly the band’s indecision that lingers and has hampered an enjoyable listening experience.