Aurora Borealis – Prophecy Is The Mold In Which History Is Poured 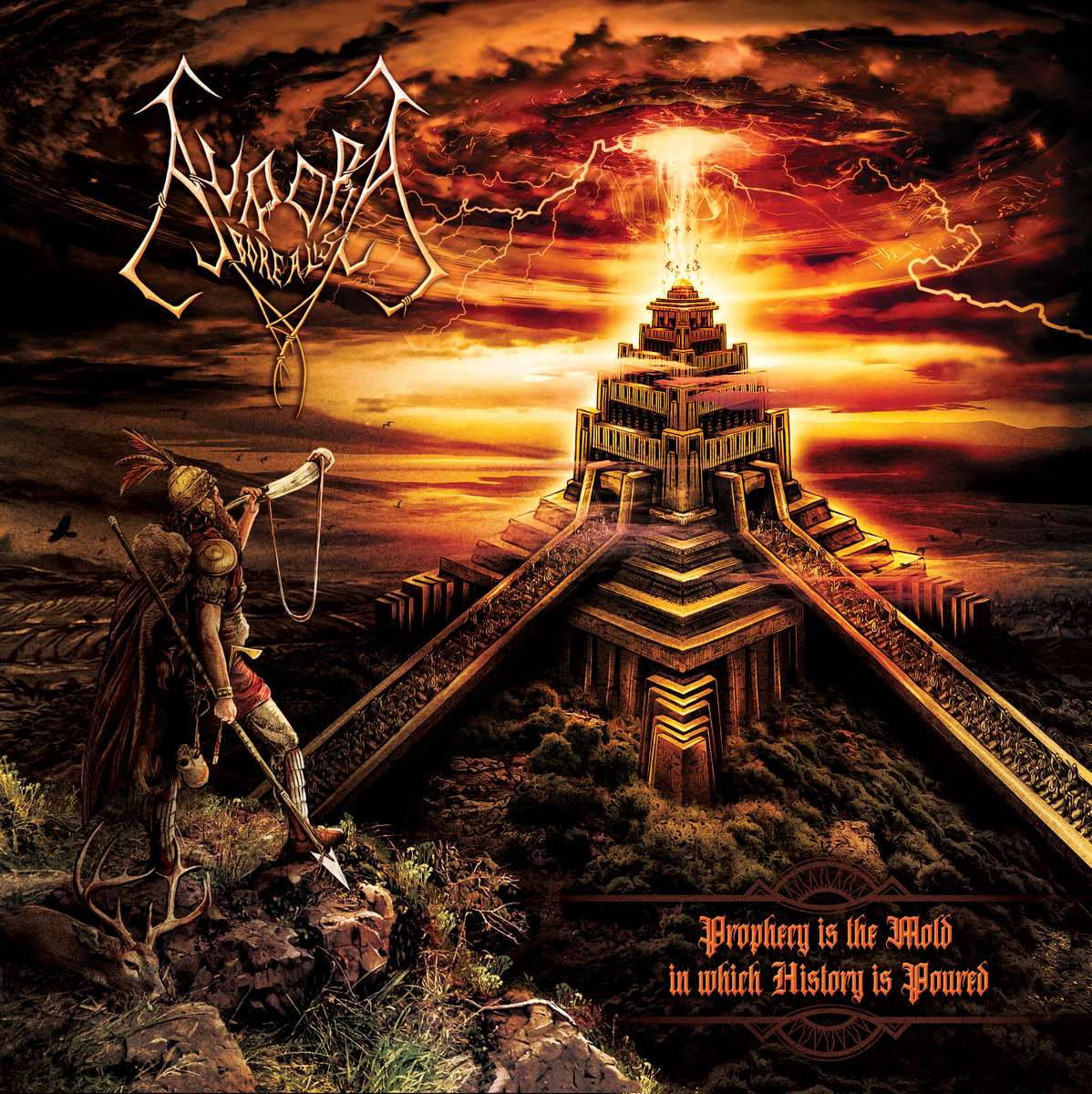 Some bands just tend to never get going. I am sure everyone reading this have some of those in their collections. Bands that, despite their musical efforts being decent enough to at least attract some attention, never get past a certain underground level – no matter how long they have been around. It might be because of bad decisions, wrong timing, uninterested labels, line-up trouble or a bit of all that combined.

One of such bands could very well be Aurora Borealis. This American Black/Death Metal band has been around since 1994 and have been cranking out albums ever since, but it could very well be that you only read their name on Metal Archives while browsing along some of the bands of their former drummers Tony Laureano (ex-Brujeria, ex-Malevolent Creation, ex-Megadeth, ex-Dimmu Borgir, ex-Acheron, ex-Angelcorpse, ex-Belphegor, ex-Nile etc.), Derek Roddy (ex-Hate Eternal, ex-Malevolent Creation etc.) or Tim Yeung (Pessimist, ex-Vital Remains, ex-Morbid Angel, ex-Hate Eternal, ex-Decrepit Birth, ex-Pestilence etc.).

While ‘Prophecy Is The Mold In Which History Is Poured’ is the Aurora Borealis’ 8th album and the first one for the Dutch Hammerheart Records label, the majority of the band’s back catalogue has been self-released through Aurora Borealis’ main man Ron Vento’s own Nightsky Productions. This is very likely one of the reasons the band never got it that far, because the music that the band have been perfecting ever since their inception almost three decades ago, gives little reason to explain their underestimation.

American Black/Death Metal for the most part has been dominated by bands like Angelcorpse and Absu, but never seemed to have offered Aurora Borealis a ride on their collective tails. Which actually would have made sense, as Aurora Borealis really fits well to that very same bill. Crafting their blend of Black Metal, Death Metal and Thrash Metal in similar way. Frantic and wild like Absu, short and fierce riffs and loads of rhythmic changes and the same sort of mean and snarly vocals. The power and aggression of Angelcorpse is added for good measure. The result is an equally wild, frantic, powerful and aggressive blend of Black/Death/Thrash Metal. It is all well-executed, its production is near-perfection, but it lacks the catchy hooks and memorable songs of Absu or Angelcorpse.

After listening to this 45-minute clocking album several times, it is not that difficult to imagine that this new, fine, album too will do little to change the band’s status. They are just a bit of the average Joe of the extreme US metal scene.