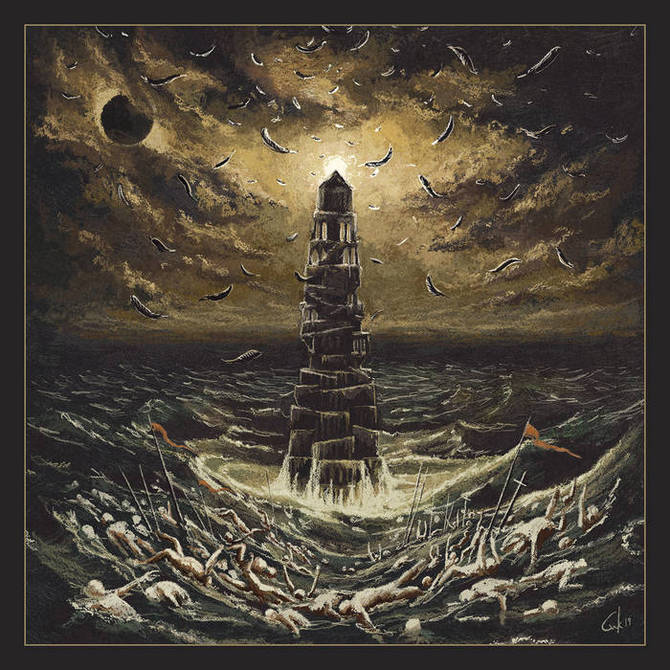 First time I heard about Diabolic Oath was after their presentation at “Sangre y Fuego para Mictlantecuthli” festival in México City in 2019. Since the festival is oriented toward Black Metal –intertwined with some Death Metal bands— I naively expect that “Profane Death Exodus”  might be a traditional Black Metal release (I hadn’t listened to their demos at the time), but as soon as I listened the album I was amazed.

Personally, I try not to think too much about the category in which Extreme Metal bands may fit into, instead I rather pay attention to the music, lyrics and art of the releases. “Profane Death Exodus” brilliantly showed how to get out of the mold and go your own way, itrelegates to the background any attempt to frame him in Black / Death or any label that might contain his style.  Nevertheless, is a release worth listening to if you are looking a release full of nuances that create its own atmosphere, Diabolic Oath managed to print an unmistakable identity to their debut album.

As a reference for those eager to listen to this album, after several plays I could say that if you are fan of Mithocondrion, Auroch, Shezmu or even Proscription, you will surely enjoy this release.

It took me several reproductions to capture all the elements that make this album a one-of-a-kind work. The first sensation is that of being overwhelmed by the suffocating atmosphere produced by the wave of riffs and successive voices of the three members. When I listened to the album again, I realized that the drums supply the energy that propels the guitars and the vocals. Both “Towards Exalted Coronation” and “Immaculate Conjuration of Infernal Recrudescence” show how drums lift the veil on which riffs thunder.

Another notable aspect, is when you distinguish the wave of voices that complement and link one another. The range of growls and harsh voice that Diabolic Oath executes is not subsumed to the other instruments, but rather drives the album to the ground of crushing death metal (even with the scarcity of guitar solos), mainly in songs like “Morbid Ekstasis” and “Emundationem Flammae”. In the last part, the album takes on a somber density that does not lose the initial momentum of the overwhelming atmosphere but incorporates interesting elements.

As soon as one reproduces it, you can notice that the oppressive atmosphere it generates extends beyond the 38-minute duration of the release, in short, its disrupts time and space and one must be attentive to get carried away. If you are a curious listener, but not a devotee, it may not catch you. (Alex G.J.)