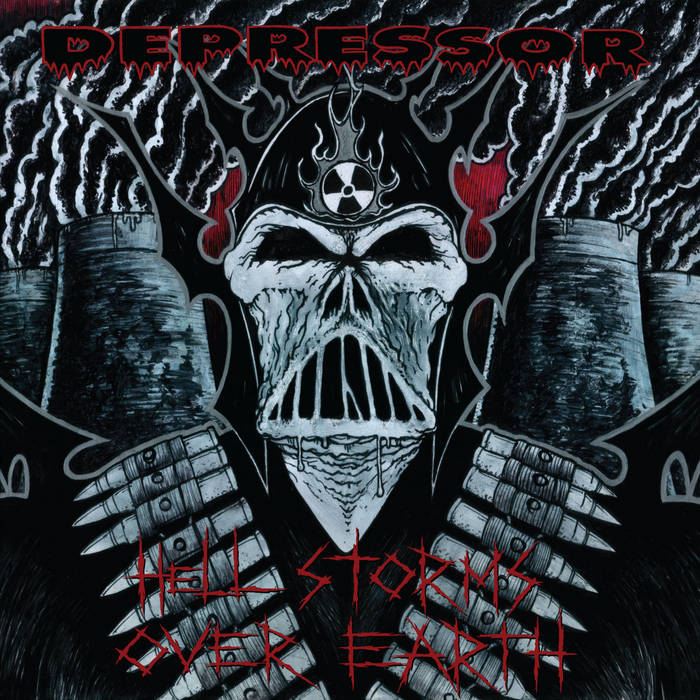 Depressor comes from San Francisco, California, and they exist since 1992. That’s plenty of history for them and in the release “Hell Storms Over Earth” they have gathered old tracks from their first EP, some splits with legendary names such as Agathocles and Unholy Grave plus an unreleased split with Disclose.

According to the info, the band started as an industrial metal project and then by the end of the 90’s they changed their style into more Death metal/Crust type of sound. So expect tons of dirty sounding and angry as hell tracks that have a certain Doom/Extreme Noise Terror vibe but mixed with some industrial background. The sound is pretty raw just like it is usual for this style. The cover artwork reminds of Voivod from the first glance which is a good thing in my book.

Depressor are definitely an interesting band so if you need to enrich your knowledge about underground music then check this out. (Zvetan)