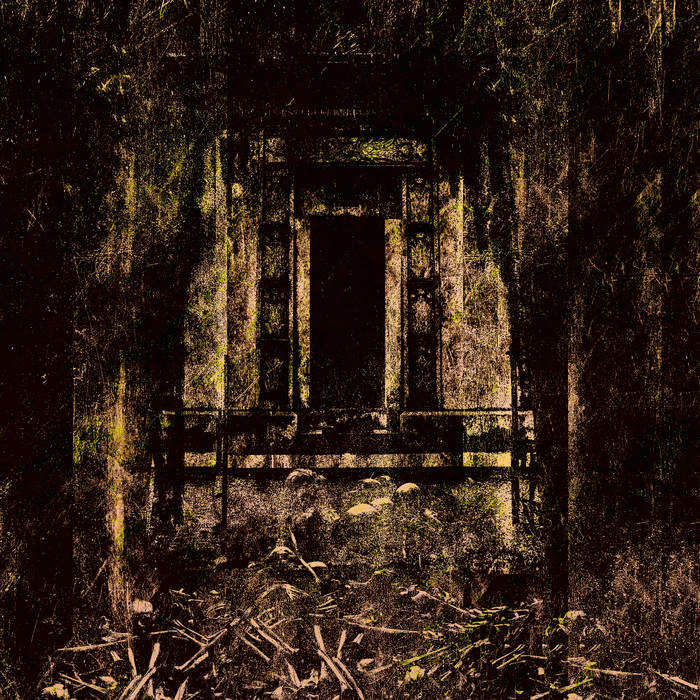 Coffin Lurker is yet another brainchild of Maurice de Jong, an important figure in the Dutch underground metal scene responsible for a hell of a lot bands and projects such as Gnaw Their Tongues, Golden Ashes, Grand Celestial Nightmare, Pyriphlegethon and about a dozen others. This time he teamed up with René Aquarius, who, on his turn, also has about fourteen active bands and projects. I guess this duo has more than 24 hours in a day to spend on all kinds of different musical endeavours.

Though I will not claim to have heard all of Maurice’s or René’s musicals efforts, I dare to say that Coffin Lurker will be amongst the most extreme. They deliver a sort of Doom Death Metal that perfectly fit with the title of the record: extremely foul and completely defiled. A thundering sound, so dense and suffocating I can’t really come up with a band that equals the extremities in this low rumbling, buzzing and sickening noise-ridden sound. The dungeon-like ‘production’ does, however, fit to the down-tempo, extremely low-tuned guitars and guttural vocals. The power is not in the variety of the music, since pretty little actually happens, but mainly in the sheer heaviness of the material. The thick wall of sound, the monotonous drone and the muddy vocals of both men have the greatest appeal here. Though, there is the occasional melodic lead, like on ‘Sacrificial Chalice’. It is on these rare moments that they do show resemblances with other bands, being Mournful Congregation or Esoteric on their most extreme. Otherwise they are pretty much an entity on their own, which would make them fit perfectly in the extreme (Funeral) Doom scene of the mid 00’s.

This half hour torture will leave most people feel decapitated or they’ll find out they shat their pants. But, this is a really intriguing piece of work. One thing is for sure, this ain’t for the faint hearted. So, if you’re curious and have a strong stomach… (FelixS)