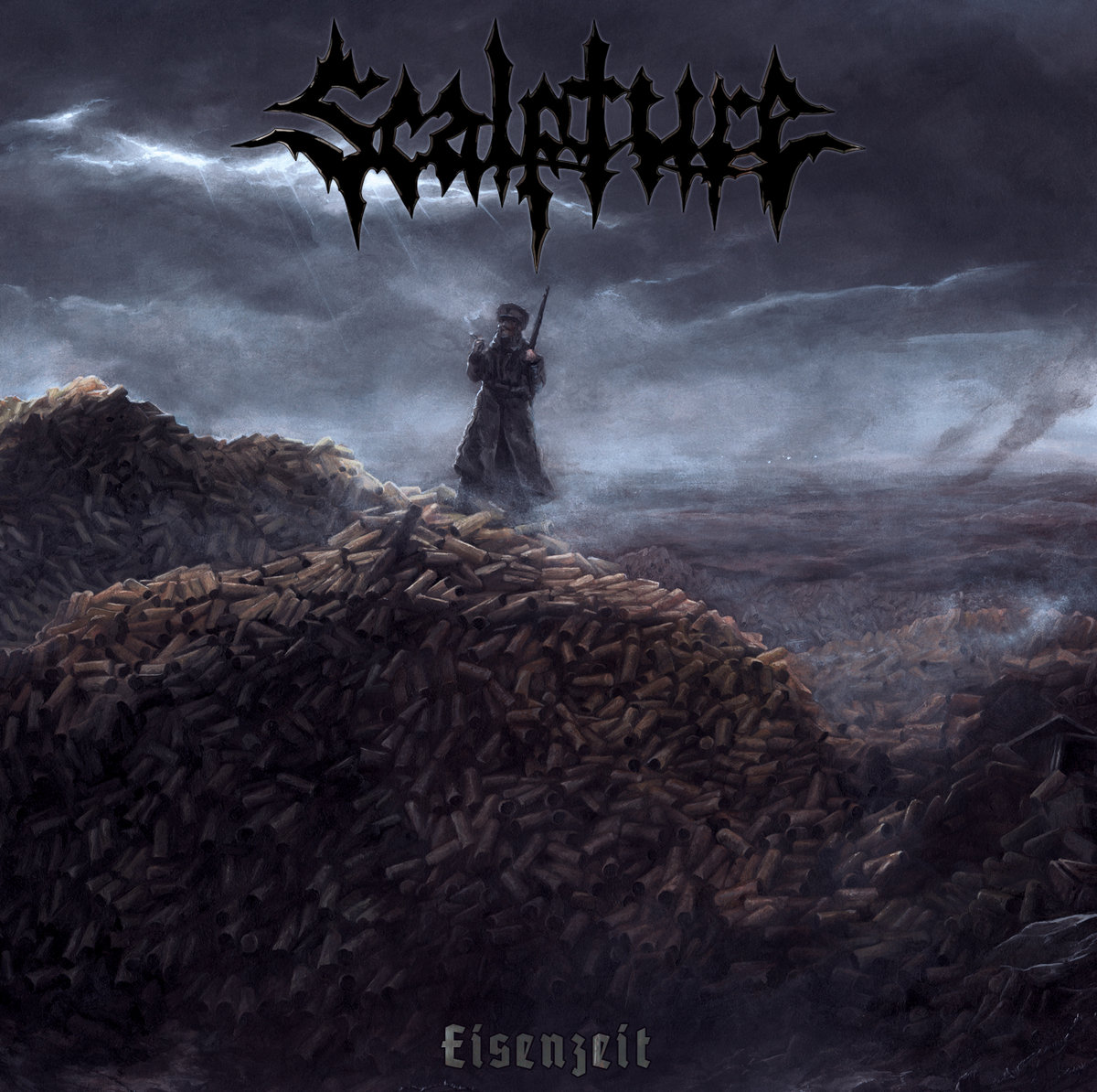 A lyrical topic like War is always a suiting theme for Extreme Metal, doesn’t matter if it is Death or Black Metal.

Scalpture from Germany have chosen to blend the horrific violence of The Great War, World War I, and Old School Death Metal. Throughout the album you will hear history on “Die Eiserne Jugend”, the young German troops of which it wasn’t a question if they will die on the battlefield, but when. Or the Second Battle of Ypres, when the German army mass used poison gas for the first time. Fighting in a small area which turned into a wasteland of mud full of debris and human remains. Or as a French lieutenant wrote in his diary: “What a massacre! What scenes of horror and carnage! Hell cannot be so terrible.”

All is musically accompanied with pounding Old School Death Metal in a way that is just as blunt and bloody as the War itself; in the vein of Bolt Thrower, nowadays Asphyx, Hail of Bullets and Just Before Dawn. Acts who combine aggressiveness and groove with variation in pace. Slow “gasping for air because mustard gas is there”-passages are mixed with marching drums and riffs and soundclips…everything just fits in.

Of course we have heard more Death Metal like Scalpture has played the last couple of years, but like most of them, Scalpture manages to create a decent album within the style…and remember kids…”Hell is a Field in France”. (Ricardo)