Dehuman Reign – Descending upon the Oblivious 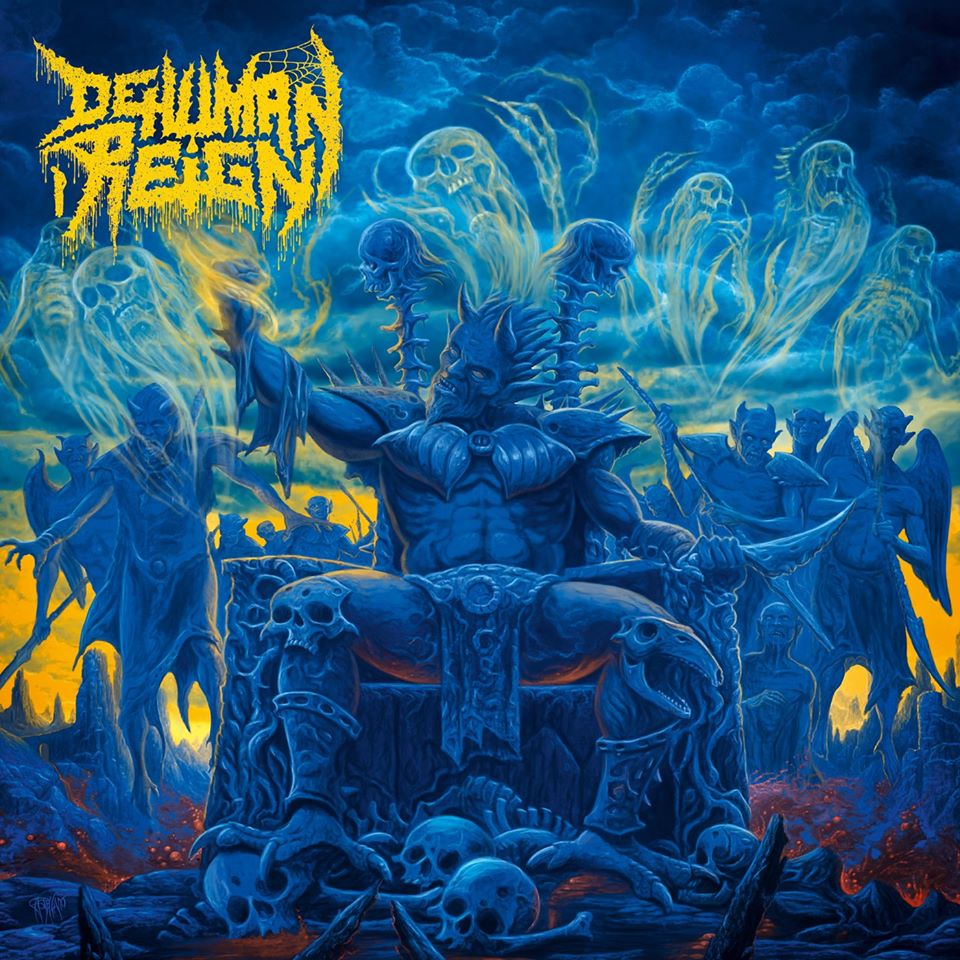 Brutal barbarous bloodthristy Berlin. Dehuman Reign from Germany certainly knows how to be merciless towards mankind as they are regurgitating their old school Brutal Death Metal since 2011. With their second album “Descending upon the Oblivious” the German butchers have a satisfying follow-up on their “Ascending from Below” debut.

No modern thrills or frills on “Descending upon the Oblivious”, just riffs, leads, blasts and a brutal growl in an Old School way, but more the brutal approach than the really Old School scene. So you don’t have to think of Death’s “Scream Bloody Gore” or Autopsy’s “Severed Survival”, but shift your thoughts towards Suffocation, Severe Torture, Malevolent Creation and Monstrosity. The diversity in pace along with the solos makes this album a pleasant murder scene which is bloody but one can tell the murderer has done his kick with care. (Ricardo)