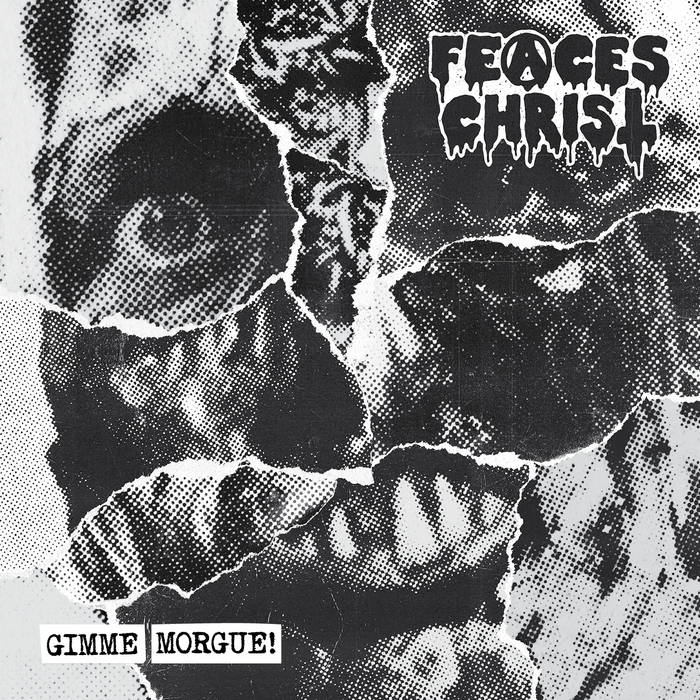 The petty minded pedant in me wants to scream at the band that they are setting off my OCD’s with how they have spelt their band name. I’m going to choose to believe that this is deliberate, but it annoys me more than the Foot Asylum logo with the backwards SYLUM. Sort it out people! (I’d better not make any spelling or punctuation errors in this review. I’ve set myself up for a fall)

At least this German Death Metal trio make up for it with the exquisitely nasty title for their debut album. ‘Gimme Morgue!’ is the Bavarians deliciously gore ridden first album, and F.D.A records has seen fit to unleash this particular beast on both CD and LP during March and June 2022.

What Feaces Christ offer up is a whimsical display of Punk laden catchy Death Metal with a raw and sometimes abrasive sound, as well as more than a few nods to the greats of the horror and gore genre; for example the quick and reverb drenched dalliance that is ‘Fulci Lives’.

You can expect a quick witted and punchy album from these german purveyors of filth, as well as a bass heavy sound, tinged with a little distortion and bawdy, harsh riffs. Even expect some tight snare tones (Whisper it, but very similar to Metallica’s ‘St. Anger’) dotted about the opus. Its fast, its fun and it doesn’t give a flying fuck about attitudes or opinions. And if you want proof of that particular fact, look no further than ‘People Piss Me Off’. Join the club my German friends, join the fucking club!