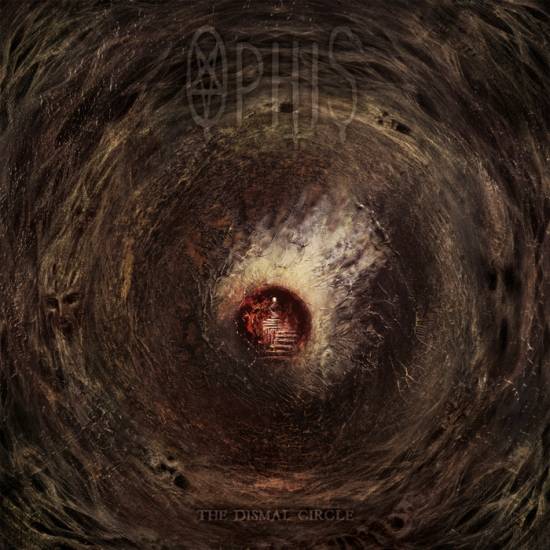 The snake is back. Ophis (Greek for Snake) released a new album with the title “The Dismal Circle”. 6 Tracks and more than 1 hour of playing time, the album is once again a monolith of Doom/Death, crawling from every whole just like a snake. Their 4th album, 3 years after “Abhorrence in Oppulence”, is huge. The riffs collide like stars in the cosmos, releasing an epic amount of energy. The riffs are mostly woven by open chord plays, with some tremolo picking the ancient way with a great double bass carpet underneath bringing some Asphyx or Benediction to the map. Those moments are well placed, giving some variation to their heavy and slow material. The lead melodies are essential in their sound, not only making it sound more melancholic and accessible but also more memorable, without turning into cheesy stuff (we are talking about Doom/Death, right?). The entire material has a very dark feeling, sometimes even touching Black Metal territories in terms of riffing and atmosphere while still being clearly Death metal of Doom all the way. Special mention goes out to the low and powerful vocals where every word is understandable without losing brutality and intensity. Sometimes the vocals are doubled with high pitched shrieks and the dynamics aren`t missed either. The mountains of heaviness are cut by some clean atmospheric guitar passages which only help to increase the ponderous sound collages made by the band. The huge snake is slithering once more, waiting to devour the world…slowly, all at once. (DPF)