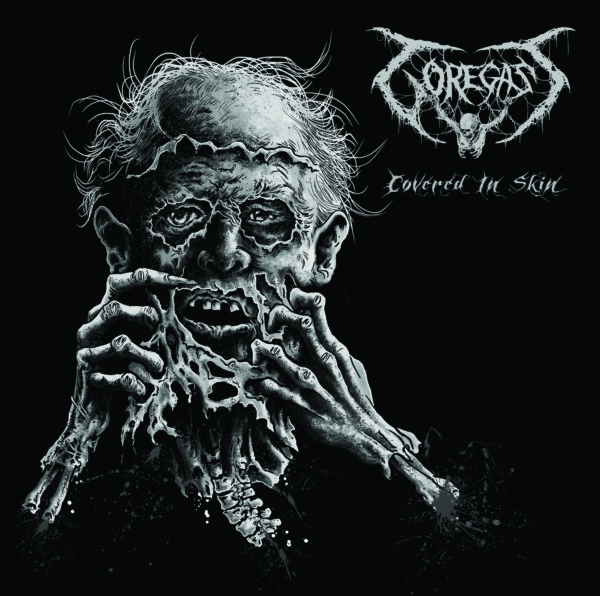 A strange band this one. Goregast come from Berlin, Germany but their three full-length albums have Spanish titles. The “Covered in Skin” EP was released initially in 2013 and five years later it is being re-released on CD with one bonus track which is a cover of Grave’s classic “Soulless”. Goregast play classic Death Metal that has some dark and melodic passages in between the brutal guitar riffing. They use this deep growls/high screams vocal approach that reminds of Deicide.

The recording quality is very good, all instruments can be heard loud and clear. Also very good cover artwork done by Badic Art who have worked with bands such as Devourment and Skeletal Remains. Goregast are somehow non-existent at the moment which is a pity because their music is on a very good level. Hopefully they will be playing actively again soon… (Zvetan)