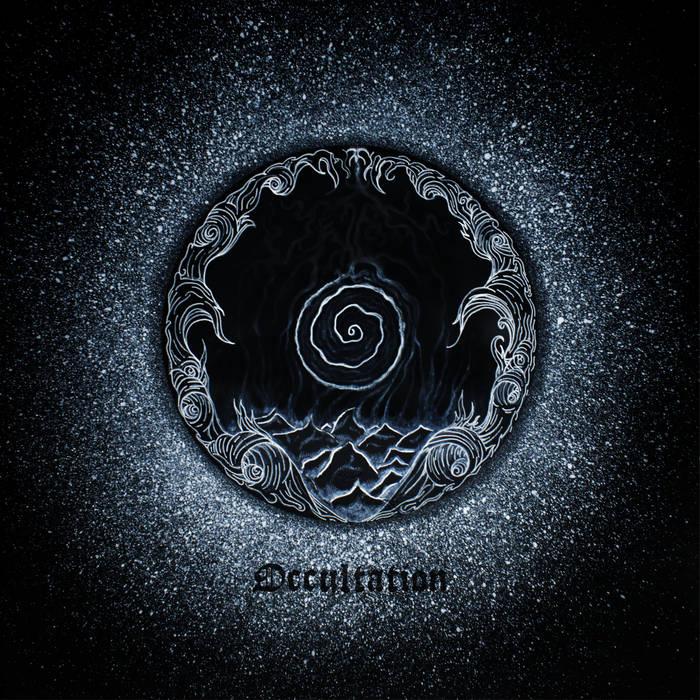 Dysylumn is a Black Metal duo hailing from France and giving us a Progressive-Death and Doom-influenced dimension to modern French Black Metal. If you’re not already familiar with their other work (they’ve been quite active), the 2018 album “Occultation” (released on vinyl by Signal Rex in 2020) is your invitation to dive into it.

Indicating the great role that atmosphere plays in presenting this record, “Occultation” is set off with an under-two-minute passive instrumental track which prepares us for the fast and vigorous “Allégorie du temps”. The first two tracks have already prepared the territory for all you can expect from this record: it’s sinister, it’s gloomy, and often on the verge of hallucination. Throughout its full length, this record progressively builds itself from almost nothing, connecting its parts musically in a way even a passive listener can feel. I’d also point out the energetic track “Psychose” to get a feeling of this record.

…And, as I mentioned, all of that was done by just two people! Besson works on vocals, guitars, and bass – and all we can hear is quite impressive. I really dug his vocal and its unobtrusive intensity. Faure-Brac’s drumming keeps the tempo and life of this record up. What you might not be used to ist that the drums in this record merge with the atmosphere of every passage, every note, while always maintaining the intended feeling and not taking over. Dysylumn’s songwriting as such is also praiseworthy; though very consistent in their original idea, they are never limited by subgenre expectations and put all their influences into the mix accordingly.

“Occultation” is full of taken opportunities. Everything there is to express is there, in a cluster of Black/Death dread and insanity. Making you curious for more with each second, this is definitely a record deserving of your attention. If you haven’t yet, give it a listen – I’m sure you’ll return to it. (Lana)