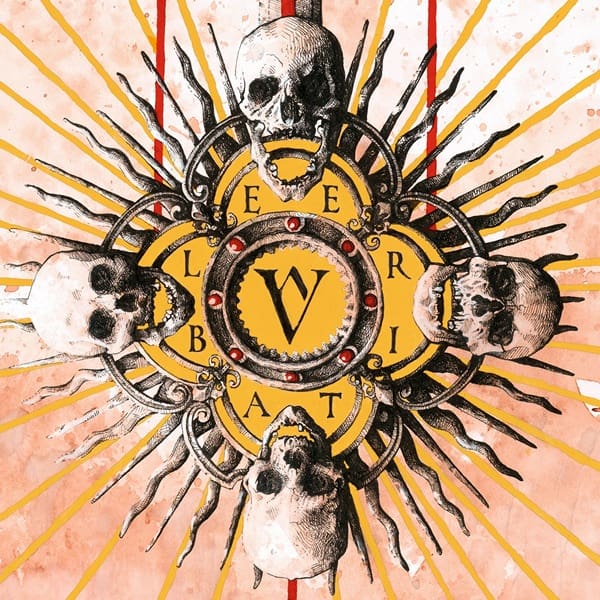 The promo material for Vortex of End says they’ve “terrorized a slowly dying Black Metal scene” and “the band became the spearhead of what French Black Metal should have never stopped being”. I’m hoping this is PR bullshit and these aren’t words out of the band’s mouth because I, for one, find this kind of “we’re the gate-keepers of Black Metal” and “we’re true Black Metal and everyone else is false” childish and fucking stupid. To me, the more you crap on about how true you, the bigger a poser you are. Grow up guys! It’s 2019. It’s not 1992.

So, given Vortex of End pissed me off before I’d even pressed play on “Ardens Fvror”, I waited a week before reviewing their album. The album opens with the Intro “BFTIVV” which, to be honest, sounds like a poor-man’s version of Heilung. We’re not off to a good start here boys. Next!

“Venomovs Triangle” is pretty rudimentary Black Metal and not very interesting. Their overall sound is slightly heavier than raw, old-school Black Metal. The bass is heavy and the drumming is solid. It’s solid on the whole album. One of the vocalists has a style similar to Erik from Watain in that he has a kind of gruff, spoken Black Metal style (with an added delay effect for good measure). I’m not a fan of these vocals, but they’re not all bad. At the end of “Venomovs Triangle”, for example, there’s an interesting call-and-response vocal section.

The other vocals on “Ardens Fvror” are better. They’re more chaotic and higher-pitched and, for the most part, I enjoyed them. They’re unsettling and reminded me of the vocals on Fluerety’s “Min Tid Skal Komme”. That said, sometimes Vortex of End take it too far. While I liked the music on “Transvbstantiation”, for example, some of the vocals are laughable. Which brings me back to the music. Some of it is quite good. “Voraciovs Egregore” is a strong song, but a good chunk of it is stock Black Metal and is pretty boring. (George)