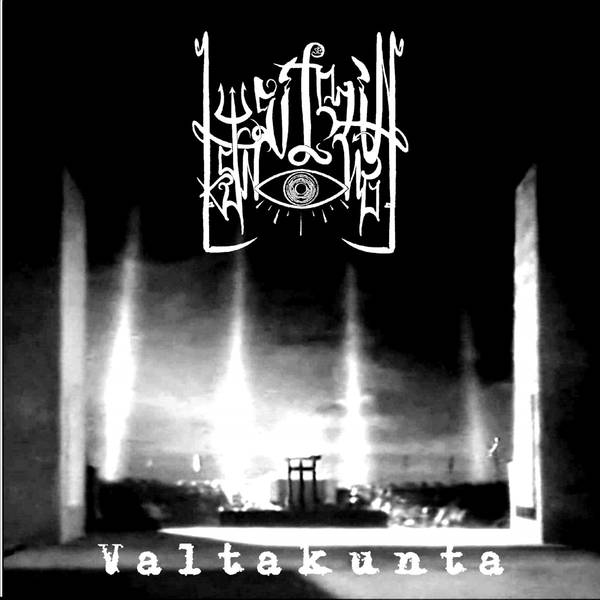 “Valtakunta” by the Finnish Atmospheric Metal band Se Lusiferin Kannel starts out in a manner that is deceptively quiet. The Gothic-influenced music is so low in volume that you find yourself almost straining to hear it, even with th sound turned up consdierably. That part of the song goes on a bit too long which leads to some mild annoyance on my part. Once the guitars take over and the vocals begin I am relieved because the track has a much more standard Black Metal sound to it. Fortunately, the first song “Edes Vedet Eivat San Rauhau” is the only one that I don’t care for that much. The other three tracks are quite good.

“Ilmestys Myrskysta” sounds as if it’s the soundtrack to Purgatory with its odd audio effects and chaotic music. It manages to grate on your nerves in just the right manner, which is something that non-Black Metal fans will never be able to appreciate. I’ve had a fairly rotten weekend so to be able to say that this particular song actually put me in a better mood is about the best compliment I can give it. “Vain Vastaa Autio Maa” is another one that sounds strange to begin with before it reveals its own uniquely twisted beauty. It draws you in gradually while you listen until you’re completely caught up in the music. Sort of like a hug from a creepy aunt that isn’t half as bad as you’d anticipated. The final track, “Auringon Valtakunta” is a dark masterpiece which really needs to be heard in order to fully appreciate it. Mere words cannot describe it adequately.

“Valtakunta” is one of those albums that just about any Black Metal fan would really be proud to have in their collection. (LouiseB)