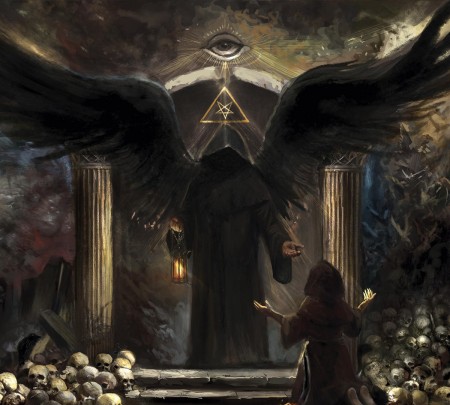 Now, I do not know where you, as the reader, stand on the topic of paranormal and/or supernatural occurrences. Such in, as where you stand as possibly a skeptic or if you are a believer. I, in all transparency, am a believer. Plus, a good part of the area that this story involves is known to have supernatural powers or occurrences. With stories in many of the local towns of hauntings, places known to be sacred and supernaturally powerful to the Native Americans that once inhabited there and also sightings of the ever elusive Mothman. Personally I, and my wife in conjunction, have had two different occurrences within this area, different but also somewhat similar and the only way to describe them would be to call them time warps. For the interest of you, as a readership, I will only concentrate on the occurrence that pertains to Abyssic’s “High the Memory.”

It was a Friday night, to begin with it was pretty typical for a pay day Friday, after the workday was done that is. I picked my wife up, we went and took care of a few bills, picked up a few things we needed and decided to head out of town, to another city, to have a fun little date night. On the way there we encountered some construction on the highway and way too many horrible drivers around to feel safe. I commented at that time, “Well, that decides it. We’re taking the other way back for sure now.” Standing stopped on an interstate highway is annoying and at times a scary situation that I do not enjoy and the prospect of doing it again after having fun did not excite me at all. Plus the other way back is a lot more scenic, enjoyable route, the way we took there is just faster, usually, and we were hungry. So, we got to out destination went and looked at lizards and kitties, convinced ourselves we had enough and went to eat. After food we got some snacks and booze and decided to head home. At which point we always decide on what to listen to before heading off. Abyssic’s “High the Memory” was the winner for this trip, hit play and off we went.

Right from the slow fade introduction of the track, Adoration, to the last note of the album closer Dreams Become Flesh, every part, passage, shift and change in the music seemed to parallel and align with the path we had chosen. Ups and downs, twists and turns, stops and starts all seemed to coincide with a movement within the pieces on “High the Memory.” From the point we hit play in the parking lot after getting booze to the point we parked the car, everything lined up magically and the album ended just as i put the car in park. It was majestic and beautiful and I remember every second and detail of it, all one hour and seventeen minutes of it. Which is where the supernatural part comes in, this route home is only around a 35 mile (or around 56 km for the places who use a proper measuring system) trip. It only takes about 30 minutes to traverse, even with heavy-ish traffic or construction and this night in question it was pretty dead, we basically had the road to ourselves, in our lane at least. How, what or why this happens, I’m not sure… but the majestic beauty of Abyssic’s Death Doom seemed to help play right into it. We didn’t feel like we lost time, didn’t stop anywhere or do anything different yet we somehow took twice as long to get home and it’s never taken that long before, even with construction. All in all, if it happens again, I hope it’s with Abyssic’s “High the Memory” again, because the album is absolutely amazing, let’s do the time warp again.

So to wrap this all up, Abyssic play a style of Doom/Death that reminds of albums like “Turn Loose The Swans” from My Dying Bride. And if that sounds amazing to you than you will love “High the Memory.” (Ben Schultz)