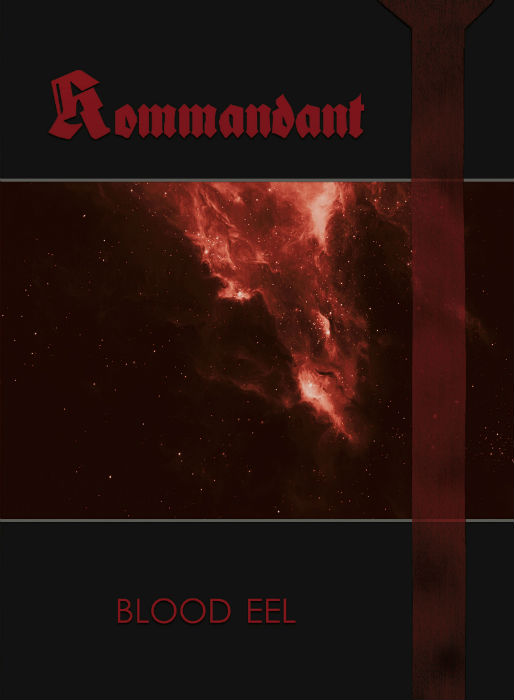 What can you expect from band called Kommandant? Bestial War Metal? Definitely, but Kommandant is much more than another Blasphemy or Revenge copy. They managed to take what’s best in Black <etal and make it in they own unique way which cant be mistaken with any other. Even the cover of the album is unique and isn’t your typical Black Metal art work. No pentagrams, devils, goats or nuns. Instead we get a picture of a constellation which suits Kommandant music perfectly. Cold, distant and almost industrial in its sound. Don’t forget about that military, fast and constant snare drum which seems to be signature sign of Kommandant. But if you want to make a comparison try to imagine mixture of Ross Bay Cult, Infernal War, Anaal Nathrakh (“The Codex Necro”-era) and that military industrial atmosphere of NKVD or Autokrator. Doesn’t make sense? Well you will have to listen to it to grasp it.

“Blood Eel” starts with some ambient sound followed shortly after with rhythmical snare drums and monologue in Polish. After that it starts. There is no point in describing this album track by track as “Blood Eel” is a monolith which will not let you get bored. And that’s a achievement with most of the track being longer than 7 minutes and album closing in 48 minutes with 7 tracks. Seems long for Black <etal album? For me those 48 minutes go fast and after that I’m willingly pushing play button again.

Kommandant listeners probably skipped this review as they got the album last year when it came out (2018). And if you never heard the band listen to your Kommandant and go buy it, you wont be disappointed.