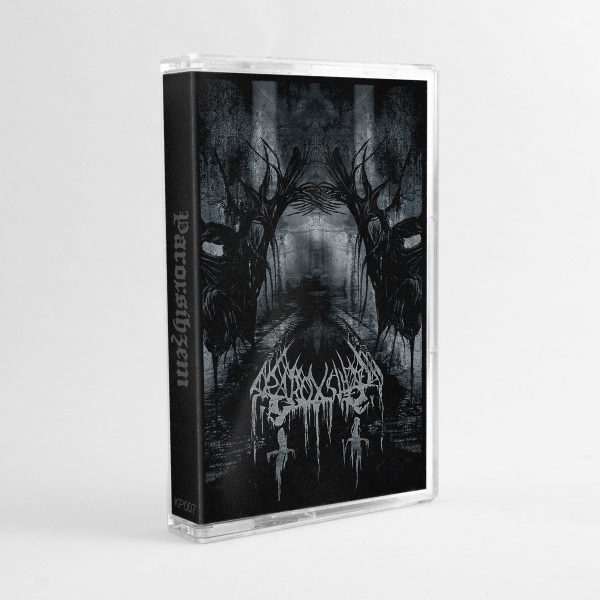 Originally released by the band in 2010, Paroxsihzem’s debut album has seen official releases by Dark Descent (CD, 2012), vinyl (Hellthrasher Productions, 2013) and now also on tape (Krucyator Productions, 2017). The then duo from Toronto, Ontario (Canada) made sure they would present themselves to the world on the most destructive way possible. This eponymously-titled debut is pure destruction and chaos, presented in the form of seven chaotic tracks of pure dissonant death metal armageddon. Part of the musical congregation recently coming from Canada, that includes other also impressively massive bands like Adversarial, Mitochondrion and Antediluvian, Paroxsihzem is a force of nature that destroys everything on its path. All the instruments are precisely played within the musical cacophony involving the listener throughout the entire duration of the record. However, please bear in mind that you shouldn’t stop here and you should definitely check the rest of the band’s discography. As impossible as it might sound when you get to the end of this shattering debut, the band kept improving over the years and every new release seems to add a new layer of demolition to the complex equation that is Paroxsihzem and its music! Make sure you get everything from them! (Antonio)