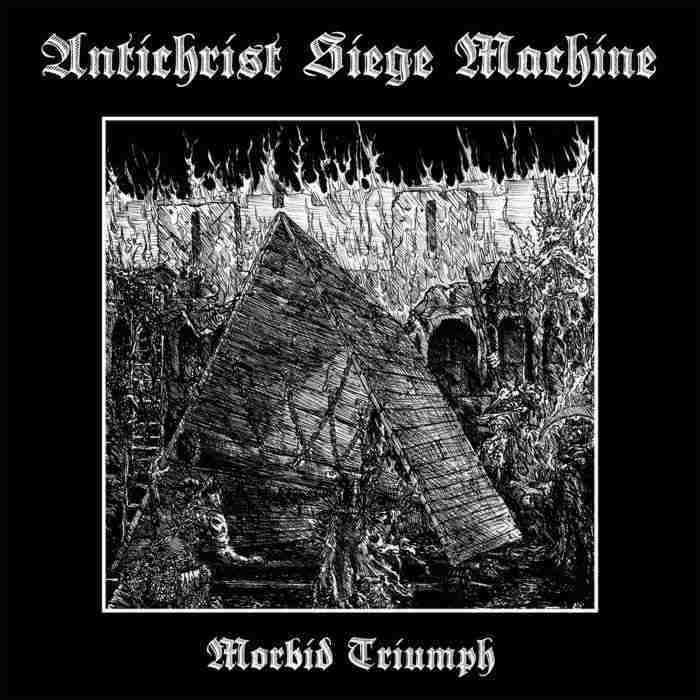 Originally released in 2017, the debut EP “Morbid Triumph” of the Virginia based Black/Death duo Antichrist Siege Machine has been re-released on earlier 2020 via Krucyator Productions.

This record presents menacing and abysmal of an atmosphere to the audience that are redolent of Diocletian, Human Agony, Caveman Cult, Heresiarch and other bands who share a corresponding sonority. Musically the EP consists buzzsaw riffages and raucous blastbeats assisted by dreadful growls. With every pick scrapes or string slides, you will taste the classic Revenge/Conqueror flavour very prominently. Tracks like “Pillaging Christendom”, “Conqueror Shadow” showcase the confrontational mindset of the band that compliments their style as well. It should be known that this duo has the same individual doing drums and vocals simultaneously, that too in an outstanding manner.

The fact that this EP retains an abominable impression throughout its entirety is pretty solid. Plus, Antichrist Siege Machine has a small but flawless discography; you are recommended to checkout their other releases as well. (Osmani)