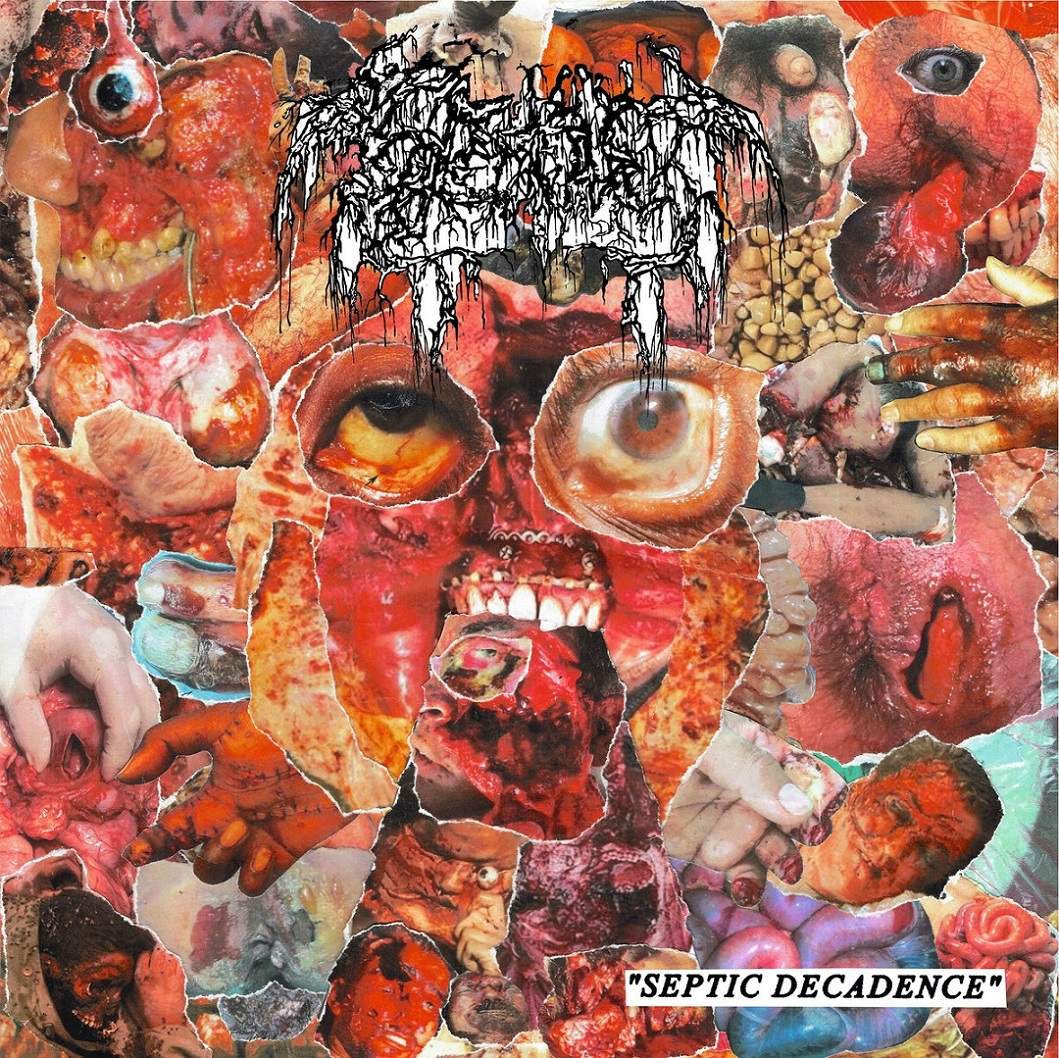 Septage is based out of Denmark who’s sound literally reflects the band’s name and with first ever demo “Septic Decadence”, it’s a debauchery of of foul seeping vocals covered in fermenting excrement mixed with unhinged Death Metal riffs, and sufficient blast beats, homage to old Goregrind & Death Metal with contemporary polished tweak in its finished production. Featuring Tobias for guitar work/backup vocals, Malik of Hyperdontia, Decaying Purity & Diabolizer on bass/backup vocals, and lastly Ugur of Ascendency & Taphos on drums and main voice of the trio.

Cover art designed by Staffan Billy Chaffey, promptly recalling back to Carcass’ classics “Symphonies of Sickness” and/or “Reek of Putrefaction”, instantly drawn into hearing without hesitation. Offers 4 tracks, a smidge over 12 minutes, you’d think it’s generic Goregrind demo but blindsighted you to offering more of a technical interpretation with a lustrous, sharpness in constructing the songs. Has deranged yet density in the tone that resonates something that’s tightly fitted yet bursts with unpredictable disharmony in the guitar riffs, an absolute indulgence.

Even with the shortest track “Jeffrey Dahmer” they managed to compress so much heat into 1:15 not falling short on blast beats and shifting the tempo with the mindset of irrational creative geniuses. More favorable of the four tunes is “Corrupted and Putrid”, again portraying all the above along with memorably wild dissonant solo towards the end, fucking killer!

For fans of Autopsy, General Surgery, or Mortician (& of course Carcass)…you get the idea, “Septic Decadence” is one to consider to flip perspective of how Goregrind should be. (Tori Belle)