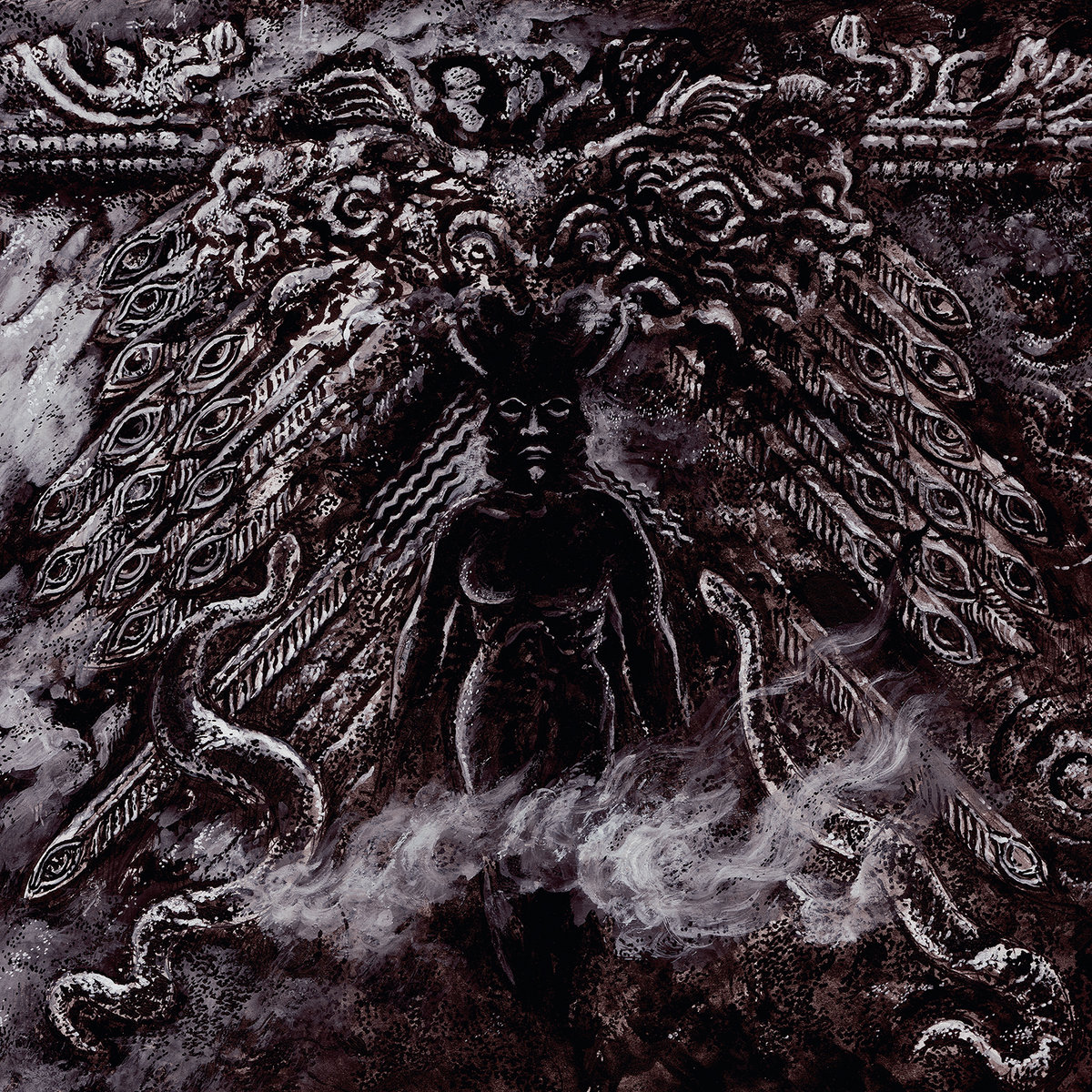 “Deadly Black Doom” is the third album released by the Swedish monstrosity known as Head of the Demon, and I cannot think of more fitting words to describe the sound this band has unleashed upon the world. It is a dark, muddy, gargling sludge that sits in a cauldron just about to boil over. As the listener waits for the bile to spill over the side and onto the earth, the band keeps stirring in ghastly ingredient after ghastly ingredient, and the magic within it smells as sweet as honey.

Opening track “House of Peor” is a slow, foggy march up an icy mountain, complete with chants reminiscent of the Winkie Guards in Wizard of Oz. Subsequent tracks “Dawn Walker”, “Set-Sutekh”, and “Voidsoul” all share that sinister familiarity. It’s an evil sound, but a damn catchy one, and that is the genius behind the work throughout the entire album. Through all of the darkness, there’s an almost friendly element to each song. An invitation to partake, so to speak, or some sort of unspoken incentive to enjoy something typically perceived as unsavory.

I remember feeling a similar attraction the first time I heard Bethlehem’s “Dark Metal”, which is already high praise, but by extension means I also think of early Katatonia, Agalloch, and (to a lesser, though no less impressive degree) Celtic Frost. That’s quite a range of influence, but perhaps the most surprising comparison that came to mind as I listened to “Deadly Black Doom” was Danzig. Not as much for the overall sound Head of the Demon provides, but more in the approach they’ve taken to express both comfort and discomfort simultaneously.

“Deadly Black Doom” is a fantastic example of greatness within Doom Metal, and an album I will certainly be listening to repeatedly. Hails to Head of the Demon for continuing to explore the territory laid out by some of the greatest of the genre, while also taking it to places quite unexpected. (VUK)