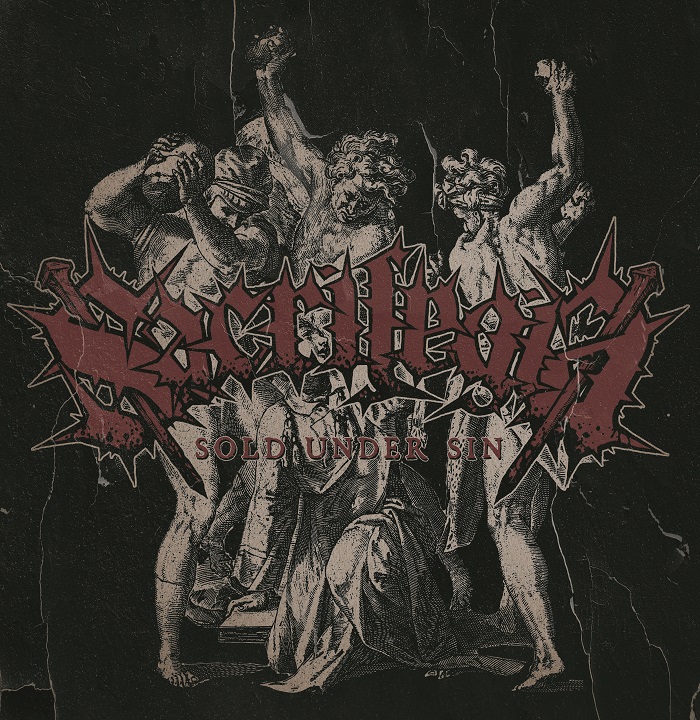 Three years on from their debut album, Irish nihilistic Blackened Thrashers Sacrilegia have returned with a new EP entitled ‘Sold Under Sin’, and just like their album, this new slab of Anti-Christian hate is being released by fellow Irish label Invictus Productions. What you can expect from the four tracks on offer is a gloomy sounding flurry of intensive guitar leads, a drumming style that collides with the bass and riffs to create a savage cauldron of noise, with the odd groove drenched section hidden away between rampant bouts of bleak, raw brutality. This is an EP of aggression, speed and volatile energy all topped off with the raucous screams and growls from the irrepressible throat of the vocalist. ‘Sold Under Sin’ is a swirling vortex and blackened anarchic chaos, four tracks of vitriolic Blackened Thrash played loud and at dangerous speeds and with a lot of technical guitar wankery thrown in for good measure, and all with an echoing nocturnal production and a rampaging unrepentant style. It sounds filthy, aggressive and like it belongs in the 80’s! (Marksson)