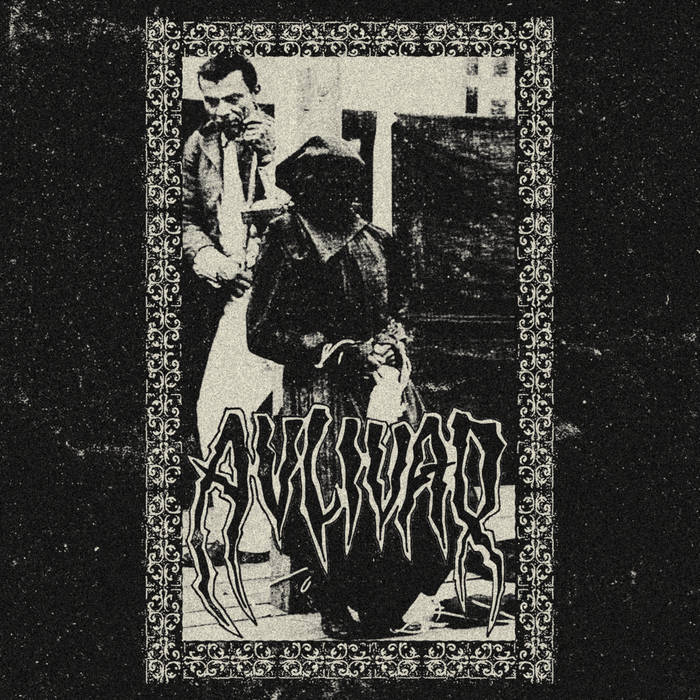 Gothenburg based Avlivad (In Swedish this means put to death) released their debut demo back in 2020, and it was then given a physical release through Invictus productions on a single sided cassette release. This Death Metal quartet have plenty of Extreme Metal experience with myriad other bands such as Ensnared, Krossfyre, Balmog and Graveyard, amongst many others. In keeping with the banks macabre moniker, the cover art for this demo shows a hooded figure about to be executed.

The demo itself an unpolished slab of raging lo-fi Death Metal that derives its uncompromising power from the ravenous drum tones and bludgeoning bass of members S.A and J.K. Opening track ‘Moldy Pinnacles’ is a maelstrom of frenetic beats and savage guitar tones, not to mention vengeful, maniacal sounding vocal work, and some good old fashioned guitar solo wankery thrown in for good measure. Second track ‘Voracity’ makes up for its short running time with a carnage fuelled blitz of raving Death Metal destructiveness, all made possible through a Blitzkrieg approach to both the drumming and the mind bending riffs thrown around.

Slacking off is clearly not on the Avlivad schedule, and so the unsettling and off-kilter rhythms of ‘Obituary Collector’ should really come as no surprise by this point, and yet the band manage to increase their output of chaos and aggression still further. That being said, this track has a slower section half way through that sees them sound their most coherent and as a result, even more malicious. ‘And You’ll See Me’ closes things out in predictably ravenous fashion. This is a  violent demo, a predator trained to kill. My last thought on this one is this; it’s nice to hear a Swedish Death Metal band that shies away from both the standard Stockholm and Gothenburg sounds, and just does their own vitriolic thing!