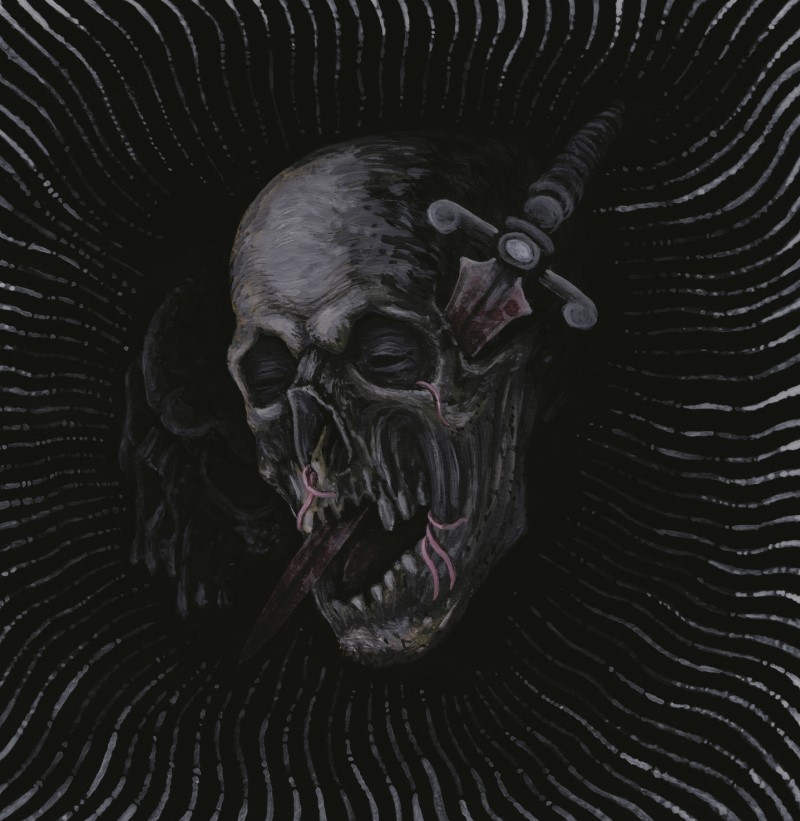 When you spawn projects involving members of Aberration, Conan, & Grave Miasma, it’s going to produce a monumental split between the seven players on this particular one titled “Time’s Withering Shadow”.

There’s over forty minutes of material generated from the two groups, conveying divergent perspectives of Black/Death metal. Continuing briefly with Suffering Hour’s side, songs are shorter but evoke a ruminative disposition, recognized on “Temporal Lapse”, which showcases vocals that are a mix of shrills, snarls, & even portion of chants, fusing a well composed outro that aptly fits within the previously mentioned concept that’s endurable.

Going into the favored Malthusian side, it resonates a bleak turbulent atmosphere. The trudging yet crushing atmosphere represented in “Dissolution of Consciousness” feels like neverending torture. Vocal cadence is guttural yet tormented screams chime in as if no one is around to douse the flames, the drumming is on point, going along with those meticulous riffs and syncopated rhythms that you don’t realize about ten minutes passed. One upping it with the manic “Delirium”, trepidation within the first three minutes, feeling like all the weight is on your shoulders gradually toppling down beneath the concrete surface. Change of pace midway, from grim to melancholic with straining vocals gasping for air as if saying its last words before crossing over. Love that it literally gets heavier towards the ending of the track, making this my favorite overall.