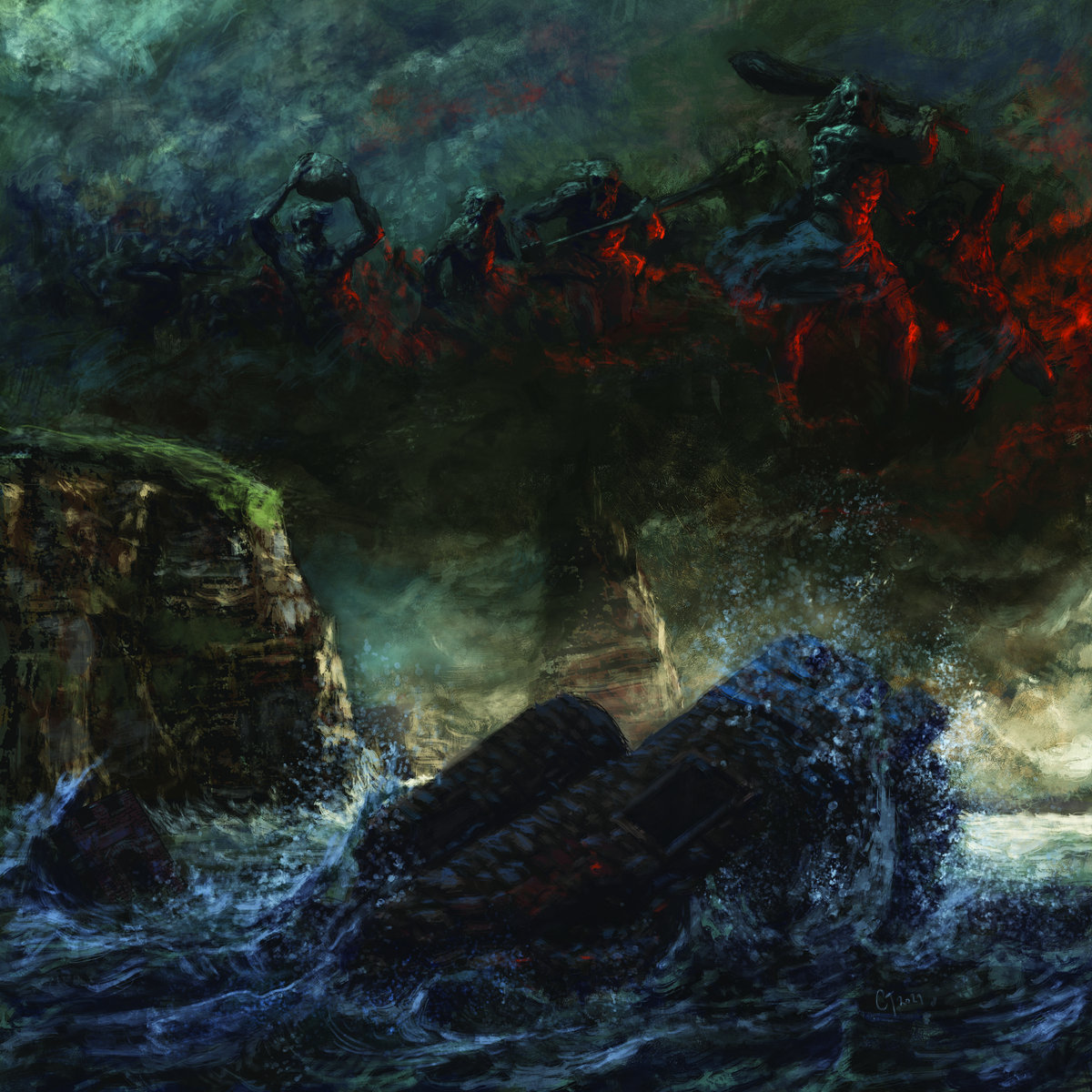 Leave it to Invictus Productions to present us with the finest of the savage Black/Death Metal bands the world has to offer. Among these underground gems are the fellow Irish lads of Coscradh, whose `Mesradh Machae’ 7”EP was a tasty appetizer for the violence to be unleashed on their debut record. Now the time has come for `Nahanagan Stadial’.

The artwork adorning the album might at first show hints of a certain beauty, but it’s the storm presented in the crashing waves and the demons in the clouds that best describes the ferocity that is Coscradh. The album title describes a rapid onset of a glacial period that rendered life extinct, bringing the new ice age to Ireland. And much like that, Coscradh comes over you like a force of nature, tearing apart everything in its path. Musically, you may compare them to acts like Blasphemy and Teitanblood, but they also remind me of the earliest (demo) material of Necrowretch in terms of intensity of the vocals especially. On tracks like `Plagues of Knowth’ there is also a very clear overlap in raging riffs with the underappreciated Immortal album `Blizzard Beasts’, one of the best albums that managed to capture the ferocity of Black Metal with a heavy Death Metal sound. I personally find that this is only rarely done well, but Coscradh certainly should be counted amongst the bands that nailed the sound. Don’t expect too much subtlety and the tracks typically rage onwards, yet when occasionally the band does slow down a sense of catchiness and slight hints of Doom are revealed.

The name Coscradh is old Irish for massacre or triumph in slaughter. On `Nahanagan Stadial’ Coscradh shows why that name was perfectly chosen, unleashing the fury of the Irish in all its fierce, untamed and violent glory.