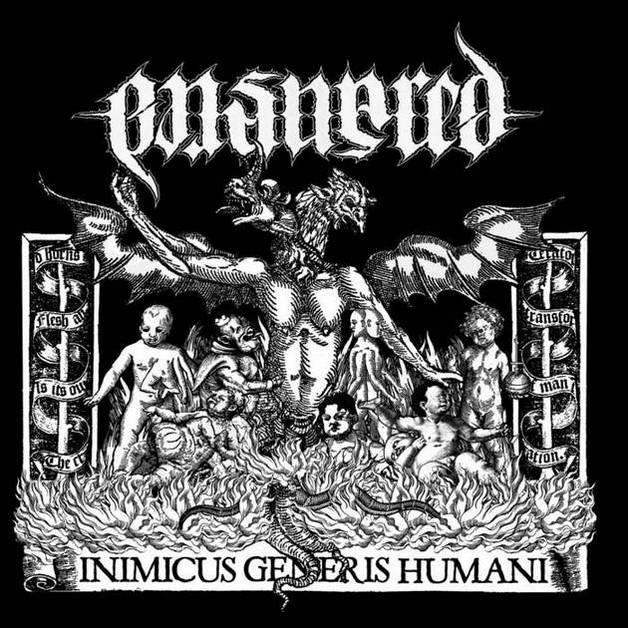 Risen from the ashes of Gravehammer (“Ensnared in Dismal Blasphemies” was excellent) in 2010, 2020 will mark the 10th anniversary of one of Sweden`s best kept secrets, namely Ensnared. During the last 10 years this band released 1 demo, 1 EP and 1 album, all of high calibre, mixing the vibe and technical Death Metal approach of Morbid Angel with the dark, black drenched atmosphere of Grotesque, reaching its climax with their 2nd album “Inimicus Generis Humanis“. The best way to celebrate their birthday.

The album has 8 tracks, 3 of whom are instrumentals, in the great tradition of bands like Morbid Angel or Pestilence, showing great writing skills and sense for atmosphere, something the band showcases also in their more “classic“ metal tunes. Imagine landscapes build by Necrovation and Stargazer suddenly changing face into a Morbid Angel/Grotesque twin beast that spits all his vomit and toxic waste over humanity, slithering, crawling, taking you to the deepest caverns of the living hell, where the slime lives…and the blood runs from the altar.

Ensnared just evolved once more, being darker, more aggressive when needed, keeping the true spirit alive and going beyond the surface. A lot to discover, a lot to dwell in, a lot to suffer and lot to inhale. Black metal of death the way I like it. Those seductive, captivating vocals..

Fans of the aforementioned bands and the likes (Invidious, Degial, Repugnant and many more) should grab this album, contender for album of the year (damn!). (DPF)