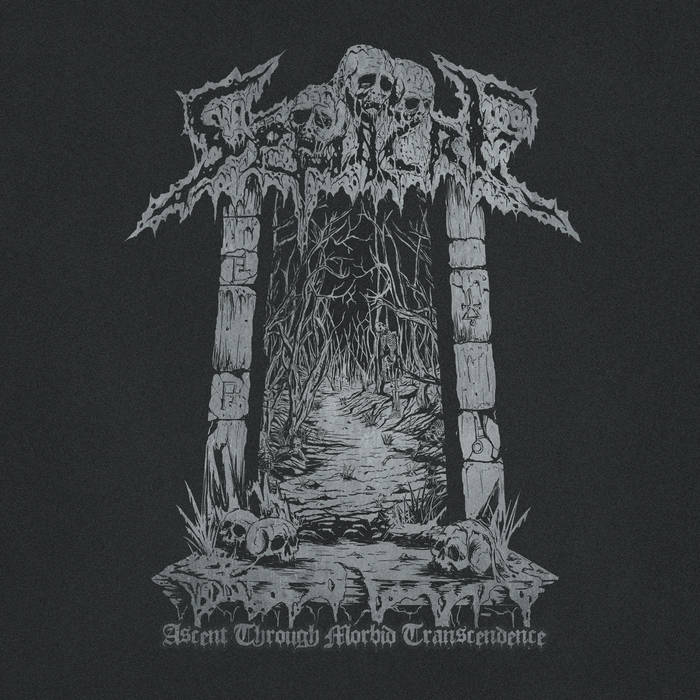 French Death Metal band Sépulcre, which began as Demonic Oath and already released the excellent split LP with Cadaveric Fumes under that moniker, came up with this demo after the name change. However, this 4-track demo (including intro), with a playing time of just under 15 minutes, provided enough clues for Invictus Productions to snare the band for their next release, due out sometime later this year. But before that happened, the Irish label with a nose for everything that sounds pernicious and putrid re-released this demo. First on cassette tape and about a year later on 12″ vinyl and CD as well.

For those who heard Demonic Oath’s single demo or the aforementioned split LP with Cadaveric Fumes, they will probably recognise the band in this new incarnation. However, the band did adopt a slightly darker mood and they have definitely improved in terms of song writing skills. Whereas Demonic Oath still sounds more like a standard mix between Incantation and Autopsy, on this new demo the band has developed its own musical identity. The base is still that dark Incantation sound, but its share of Autopsy has been reduced and a slightly technical twist was added. Not so much á la Cryptopsy or Gorguts, but more in the Finnish style. A kind nod to the Black Metal genre is also definitely discernible, mostly in the guitar tone which at times has some classic Black Metal feel to it. This way the band sounds like a good mix between Incantation, Drowned, Necrowretch and Demigod. A gloomy and slightly blackened atmosphere, doomy pieces and ingenious musicianship. As not for the first time, Invictus Productions has fished a good band out of the so crowded Death Metal pond.