Flamekeeper – We Who Light the Fire [EP] 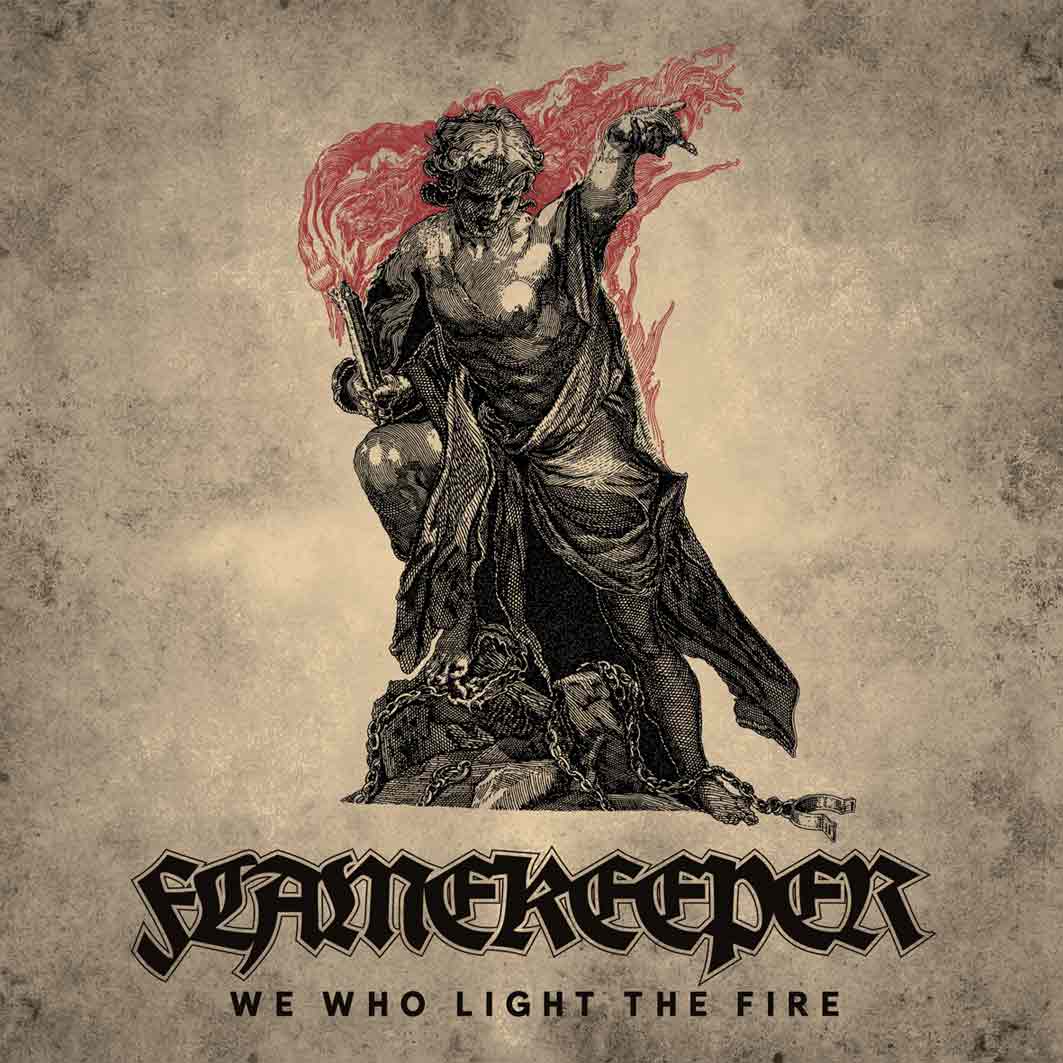 Sometimes with records you know what to expect just from looking at the art and band logo – for better or for worse – and though we could ponder on the problems and benefits of cliches and tropes, an identifiable vibe and/or genre can certainly at least be helpful. In looking at Swedish band Flamekeeper’s 2019 EP, “We Who Light The Fire”, it can be hard to pinpoint an expectation. Not so much that it was mysterious, but more that it seemed a few genres (at least) were represented, and hard to say which stood out the most.

However, it is never a good idea to judge from appearance alone without experiencing. Interestingly, though, this EP touches on a lot of genres of metal – Epic, Power, Black, Death, and even some traces of Folk and Viking sound. While genre mixing is interesting and often a bit uncommon in metal, it can be tricky to pull off. With such a short format as an EP, the challenge is greater. Often switching multiple genre sounds within one track, this recording lacks cohesion.

“We Who Light The Fire” is not without interesting and indeed entertaining riffs and melodies. The sound starts to build some momentum and confidence in parts, but that’s often where that pesky genre switch happens – losing the plot a little. It gives the album a stop-and-start kind of sound. It’s hard to know the original intention in style but I suspect it may have been overshadowed. The final track – a cover of “Anicent Pride” by Necromantia – makes sense thematically (lyrically speaking), but stood out from the rest of the EP aurally as it’s where the band sounds the most connected and cohesive. It seems the band might fare well to situate itself within the folk-y power metal sound: there’s a lot of grandiose, theatrical leaning, as well as relevant lyrical themes. The vocals also call to mind neofolk styling.

Overall, while this EP is not fully satisfying, the band does not lack talent. With some direction and attention to detail, and maybe some simplification, the sound could have more success. The band is still fairly new, and will benefit from taking time to consider its identity. (Maxine)