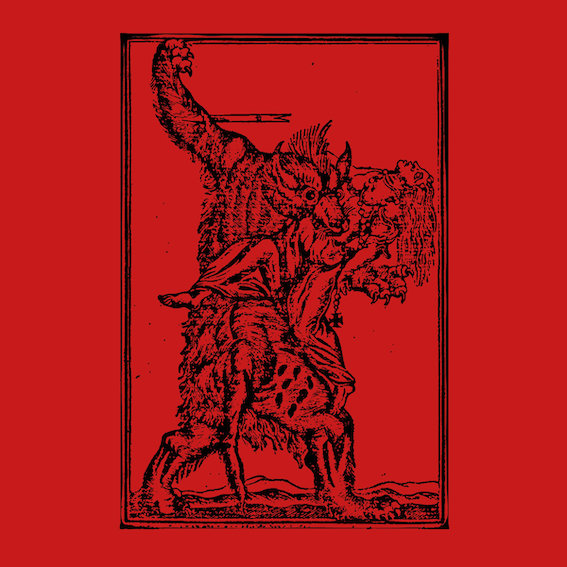 Lycanthropic Winter Moon are a band from the Portuguese Underground scene, who produced a demo with the same name (though with other tracks), prior to this official release. I fail to see any line up nor members. A real band or a project? I don’t know and I sure don’t care after having listened to this total masterpiece.

And what lies in store for the unexpecting listener? Opener “Dungeons of forgotten Crypt” reveals the nefarious nature of their music; raw Black Metal with tormented vocals like Vetala and the infamous Les Légions Noires (Mütiilation/Vlad Tepes).

It’s all there; the shivering, sluggish guitars, the uncanny necrotic vomited vocals, the unbearable sick rasping and very theatrical screams (Mayhem’s  Attila, anyone?), the dungeon reverb, the lo-fi antics. It’s all there. The production is rather good (foul) with solid drumwork.

“Wampyric Gestalt” is just amazing with its maniacal vocals all over the place. “Crying Werewolf Under The Burning Moon” with its 3 minutes intro made up of organ music and growling lycan transformation – the werewolf licks its fangs, And always that LLN guitarsound…awesome! “Frost Bitten Kingdom of the Wampyr”: a song that has this irresistible droning guitar sound, while the rotten vocals sing their tunes of insanity and utter bestiality. 18 minutes + closer, the last track, “Frozen Carpathian Winter” is an apocalyptic soundscape made out of eerie electronic effects, uncanny organ sounds and deeply embedded growls…glorious!!

Often compared to Satanic Warmaster? Why not? But it sounds more like Vetala with the necrotic sound of a Vlad Tepes & especially the older Mütiilation stuff.

If you’re a sick puppy and enjoy the lyrical themes of Lycanthropy, Vampirism, Werewolf, occult vileness, Darkness…grab a copy as fast as you can! It’s highly recommended!! (LV)