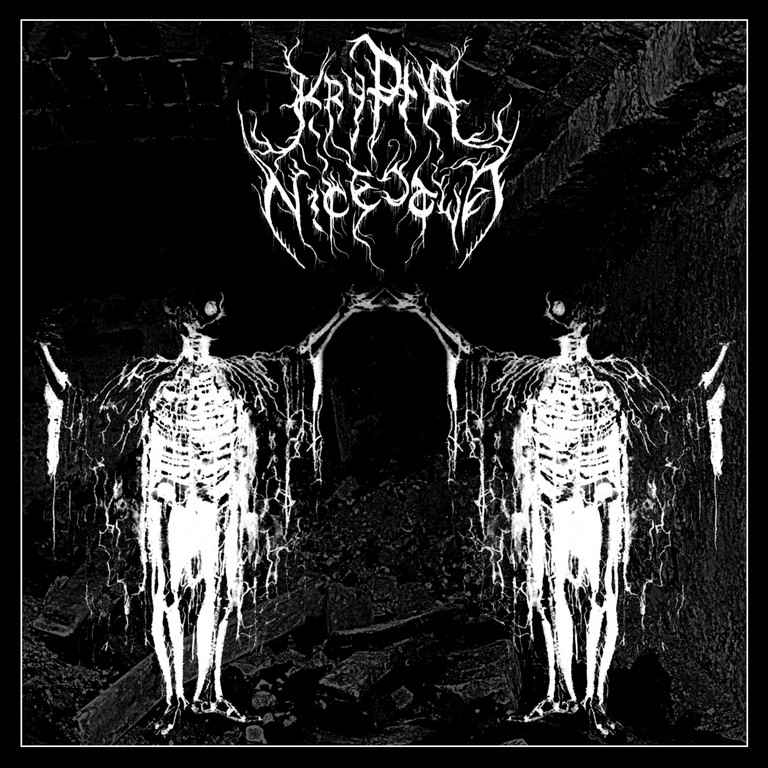 One of the things that, when I first came into contact with Black Metal, grabbed me, was the ability of some musicians to create immensely terrifying and pitch-black environments and atmospheres. The use of keyboards, as the main vehicle for the structure of the themes, or simple support in the creation of the aforementioned atmospheres, is something that still pleases me immensely, in Black Metal. When used well, it manages to be an enriching element, although prejudice about its use still persists to some extent. But that is irrelevant to this!

Poles Krypta Nicestwa signed for Signal Rex – and their sub-label Harvest of Death for which this EP was published – showing that it remains at the forefront of Black Metal’s rawest strand – among others – and presents a pearl again! So keep it up.

“Sarkofagi Nocnych Zjaw” is composed of 4 themes of a raw, dark Black Metal, dragged in moments, furious and aggressive in others. Close to what was done in the 90s, very reminiscent of what he did in his own country, these 4 themes are a showcase of quality. Already with some work in the luggage (2 splits and 2 demos), the band conceives a sound different from what would be expected, in the sense that their Raw Black Metal gains the addition of keyboards, thus creating an ambience that lives side by side- side with the cooler and “primitive” side of your sound. The keyboard manages to be the main star of the themes (“Ołtarze Diabelskich Pierwocin”), by filling the free “space”. The guitars are a parade of riffs, melodic, but never with a show of weakness. The battery is effective enough to set the pace, even if it sounds classic – 90s Black Metal – q.b. The vocalizations, as if lost at the bottom of the well, complete the circle.

Like any other wave, fashion, hype or whatever, Black Metal, in its most visceral / raw / primitive aspect, has been buffeted by bands and more bands. Some, few, bring something new to a subgenre that more and less day loses its breath; others, an overwhelming majority, insist on doing what A or B did successfully, thus trying to follow a line that, knowing them, is successful. These Poles are part of the first tranche, they add something more. No, they do not create the circle, but they do it very well, with the addition of some class. The production sounds 90s … rotten q.b., noticeable q.b. An excellent way to start another year. (DanielP)