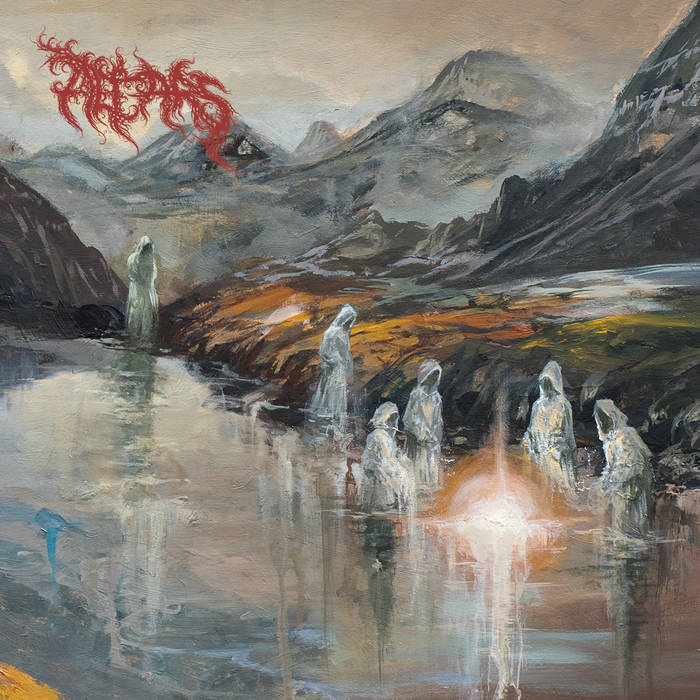 Following the bands’ debut album, the great Blood Harvest Records released ‘Paramnesia’ from 2013, Altars mostly lay dormant for about a decade. That means that having the band returned to the front with a new record is more than a pleasant surprise. On their debut album the band presented a very dark and highly technical brand of Death Metal, yet not quite into the Cryptopsy or Gorguts kind of way, but rather into a more twisted Morbid Angel fashion. While most of the Death Metal bands at the time were jumping the Krypts (and other Incantation-like bands) bandwagon, Altars was a particular refreshing experience.

Like many Australian bands, Altars brings something different. Although musically not comparable, they find themselves in very much the same corner as bands like StarGazer (in which Altars drummer Alan Cadman also features) and Cauldron Black Ram. Their persistence and pigheadedness in having it their own way, resulted in many great and distinctively different underground gems. It might take a few more listens and maybe even some considerable state of mind or musical taste, but at least they’re not all that keen to jump to just any hype.

Their latest opus, ‘Ascetic Reflection’, released by Italian Everlasting Spew Records, is no exception to this determined, and at the same time very appealing, musical tradition. The Morbid Angel-like Death Metal is still very much present, but the band seems to even have invested more into the inimitable technicalities. The multiple change of rhythm and adding more than just a bunch of twisted riffs into one song, makes this an album that is not something to listen to in the background, instead it requires your full attention. The expanded technical exposure got a little to the expense of the extremely dense and dark atmosphere of its predecessor – yet, occasionally some slower hypnotizing soundscapes are still present, adding the much desired dynamics, especially the albums closing track offers much of a mind-blowing experience. So, while not being completely diminished, it takes a little away of the listenability and it requires even more focus and a more thorough review to fully grasp its entire scope. Yet, when investing the necessary time and attention, the album unfolds into one of the best technical Death Metal records of recent years. It is not only the intricacies of the riffs and the unexampled drums or the equally unparalleled dynamics, it is the sum of all its ingredients that add up to a masterful and grandiose beauty.

While it might have taken the band a decade to come up with ‘Paramnesia’s follow-up, it was very much worth the wait. Though I do like my fair share of stripped-down and utterly simple Death Metal bands, I am not averse to being challenged as a listener. Yet, most bands going into the technical territories of Death Metal are merely offering a mixed bag of countless riffs, the big difference is that Altars is able to forge them into actual songs. And although I find it admirable in itself that the band takes its time to write and refine a record and come up with a near-perfect result, I hope it won’t be until 2031 before we can welcome a new album.