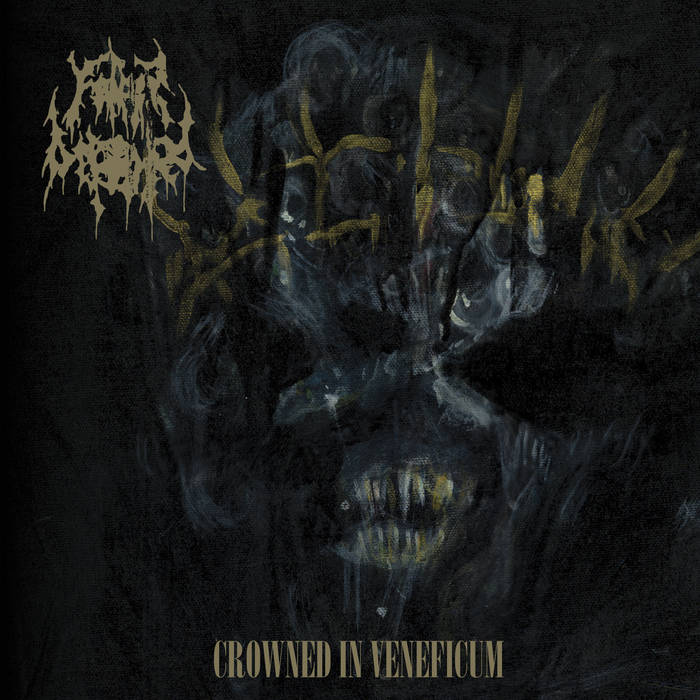 When it comes to Old School Death Metal there are hardly any bands that turned out to be more influential to the genre than Incantation. Especially in the current Death Metal scene there are many bands using the Incantation recipe for that slow to mid-tempo all-devouring style. One of the main characters in that following is definitely Father Befouled, who are releasing their fifth full-length album with ‘Crowned In Veneficum’. Over the years Father Befouled proved to be a band that not only kept the true flame of Old School Death Metal alive but actually was kind of the oxygen which actually fuelled the fire.

Introducing the band like this, I am basically giving away all the rest of the words. As with this new album in hands it is fair to conclude that not much, if anything at all, has changed. In fact, I had not heard all of their latest albums and had some catching up to do, but in hindsight, that was not really necessary. As ‘Crowned In Veneficum’ just sounds as much as anything they have ever done. Of course, the earlier recordings were a little more crude in nature, basically due to the rawer production, but in the bands’ core mainly remained untouched. The low and fairly slow chugging riffs and the apt drums are still very much in that Incantation style with a kind nod to ‘Mental Funeral’-era Autopsy. Nothing original or shocking, but very decently executed – as always. I personally don’t care much about originality or lack of own musical identity, as long as the band plays their music with audible dedication and passion which is definitely the case with Father Befouled. But it is also safe to say that you can start to doubt the expiration date of the band. Yet, if they continue to deliver quality records like this, then I am quite sure there will be enough people who will continue to pick up their records. For now at least, they proudly keep up the flame of Incantation-like Old School Death Metal.