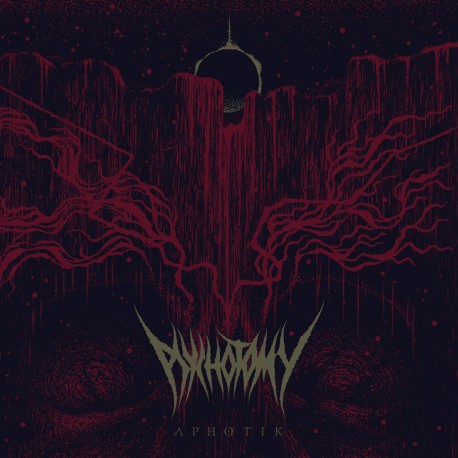 Yet another grand moment where I get  to use the phrase ‘Holy Snapping Duck Shit Batman’, and I do indeed love these moments. First though, the boring bits before we can delve into the depths of my excitement. Hailing from Italy, namely Venezia and Padova (Venice and Padua for us speakers of English with no class at all), this three piece triumvirate of utterly dire and immense proportions have two other releases of which you should know, those being 2012’s “Transcend the Absolution” and 2015’s “Antinomia”. I have not had the pleasure of hearing either, but you can bet that like a hungry wolf that has stumbled across a nice juicy deer with a broken leg, I will be devouring them in no time at all.

Now, back to the main event so to speak, our good friends at Everlasting Spew Records yet again have not failed to deliver the goods. These goods come to us in the form of some really, really, fucking really heavy Death Metal, or as they like to put it “Obscure Death Metal’. I for one do not find anything overly obscure about “Aphotik”, but they certainly do put a rather large capital D and M into their respective genre without a doubt. Opener “Towards The Pillars Of Chaos/Kenosis” lays down one fucking monumental decree , that being that they plain and simply desire to kick the arse of not just their population, but that of the entire world. And thus it goes, like a freight train filled with the dissonant and discordant hatred ploughing it’s way along the tracks of a world of malice, Psychotomy pound us and beat us with maces made of the finest lead. Jarring at times, yet fluid as a molten stream of lava. “Witness Of Void” becomes almost hypnotic in it’s delivery at times, a rushing, living, breathing cacophony of the beauty of violence and demise. “Blasphemous Inception” is pure unadulterated Death Metal bliss, somewhat more restrained than the previous if only for a while, and then the beating proceeds like clockwork. The amount of sheer power these three surely birthed from the ancient ones has achieved here is unsurpassable.

Find any word that you can relate to the finest of all Death Metal bands, and you may insert it here. “Blood Red Kvlt”, punishing in every way possible. “Ascent Through Malevolence” (my favourite) is so aptly named, as you will feel that you are indeed falling down into a realm of pure hate, the levels of sonic buggery contained within are to be marvelled at and also feared. “Conjuring The Abyss” tells no lies, and has a riff section that also pulls no punches. “Beyond The Eternal Omega” makes me question my chosen favourite, clearly another contender for song of the album with it’s mix of mid paced madness, and that tone man, that fucking guitar tone. Actually fuck that statement, the whole band exudes such a tone and an aura of absolute evil that most mortal minds might find hard to take without losing some semblance of sanity. Closer “Lethe”, well, what a way to go out is all I can say. Did I mention something about favourite songs before? Yes, I did, and you can stick that all up your respective backsides. Every time I listen to this album my mind changes. Yes, this is that fucking good. Yes, you must have this. All hail the mighty triumvirate that is known as Psychotomy, long may they bring this kind of excellence to the peasantry. I’m certainly up for it. Hell yes! Holy Fucking Snapping Duck Shit indeed! (The Great Mackintosh)