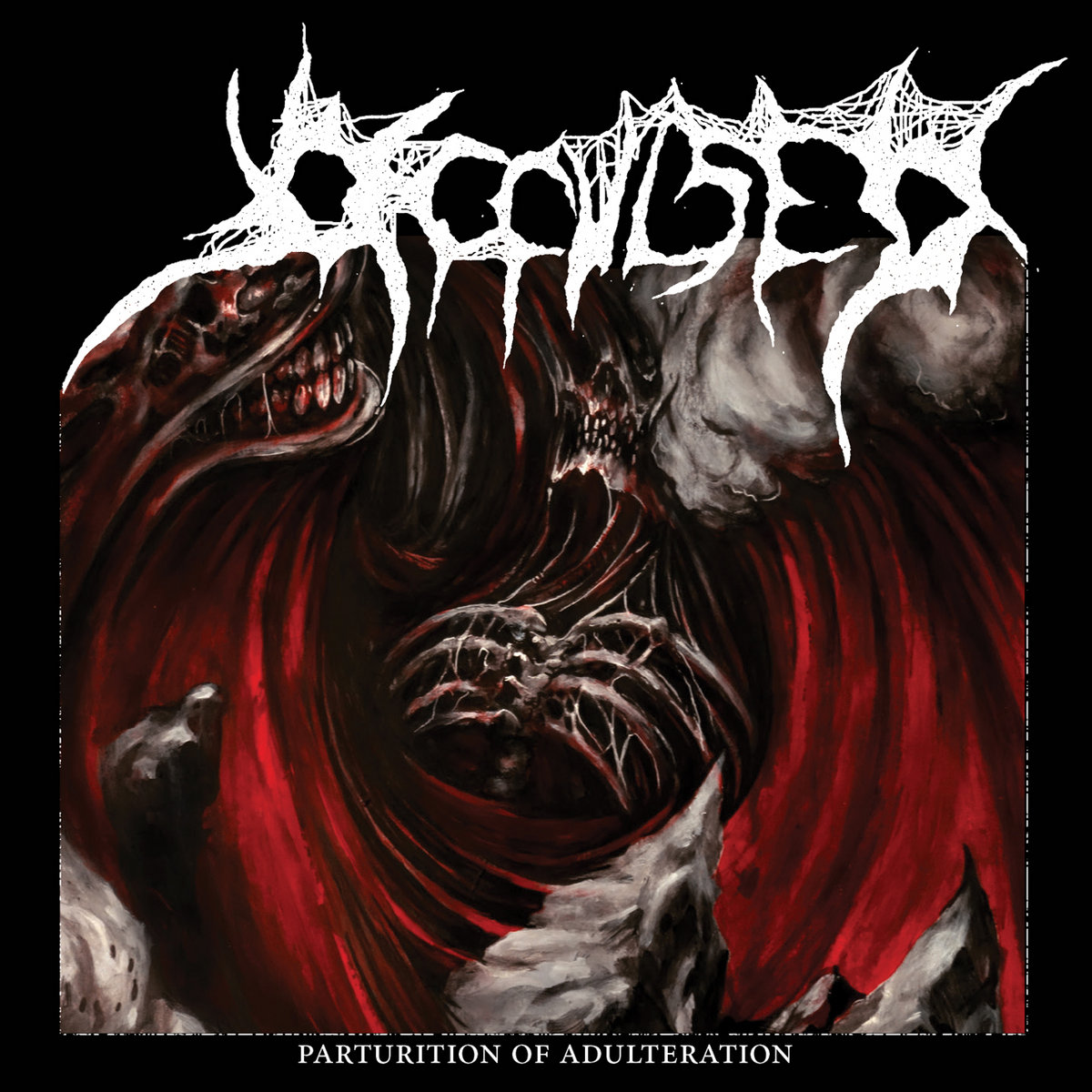 Following the band’s simply amazing debut album, ‘Crepitation Of Phlegethon’, their label, Everlasting Spew Records from Italy, now brings you the bands two previously recorded demo tapes on one CD. And as expected, this compilation CD gives you a nice idea of how the band sounded prior to the release of their first full-length album and developed over time. That’s why we are presented with both demos in chronological order.

So, first off is their ‘Cenotaph To Putridity’-demo from 2019. A raw and dark sounding offering that has the extremely deep vocals as their most remarkable, they are laid on the music to cover all the murky sounding guitars and almost completely tucked away drums. It is clear that Occulsed had a strong idea of where to go to, musically, as this is not all too far removed from what they presented on ‘Crepitation Of Phlegethon’. The only major difference is that it lacks that album’s crushing and all-devouring sound. Oddly enough, their second demo, ‘Ceremonial Lifelessness’ (from 2020) has an even rawer sound which at the same time is much sharper in tone too. This demo was reviewed on our VM-Underground pages too, and my colleague kind of apologized for his bad taste in music as he really liked it -and I can see/hear why. The pace of these tracks are a little higher and therefore sound a bit more dynamic too. And just as you thought you got used to that rawer sound of Occulsed, this compilation album brings you one new song, ‘Resiled Necromniscience’, which has a far bigger sound. Not as full and caustic as the debut album, as it still has a bit of a rawer edge to it, but certainly a track that has the same kind of mood and feel.

Such compilation albums are a nice way to complete your collection or a substitute if you are not into buying/collecting cassette tapes (or simply missed them). Regardless, it gives a perfect insight in how the band evolved into the monstrous entity it became on ‘Crepitation Of Phlegethon’, which easily was one of the best Death Metal albums of 2021.