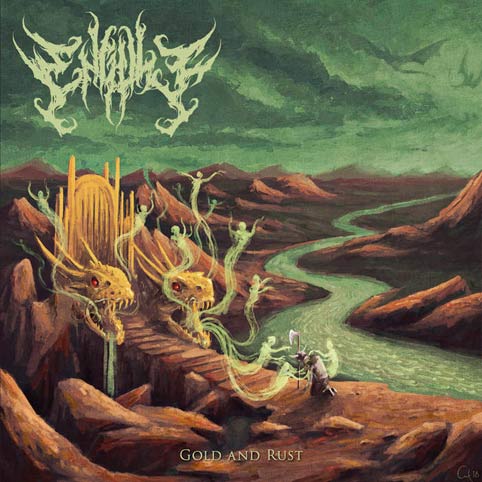 From New Jersey, USA….be prepared for Engulf. After the release of the 1st EP “Subsumed Atrocities” in 2017, which was a promising first sign, the one man project is back with “Gold and Rust”. It is another Death Metal release in the veins of US-styled bands with some European influences here and there, which is presented with a crushing production. Crushing technical twin shredding in the Suffocation and Deeds of Flesh manner, which sometimes change into a Behemoth like octavated riff. All perfectly driven by versatile drumparts, ranging from different blastbeats to killer slow-mo patterns with fast double bass parts and killer fills thrown in. I hear a lot of later Pestilence in some parts, which I really dig,  and to some extend Hate Eternal. Mameli was actually impressed by “King of all Kings” with its ferocious dissonant riffing. The variation is triumph here, using technical skills to create a brutal and dark atmosphere, like Morbid Angel. These 3 tracks are killer once again. It`s time for a full length now. (DPF)