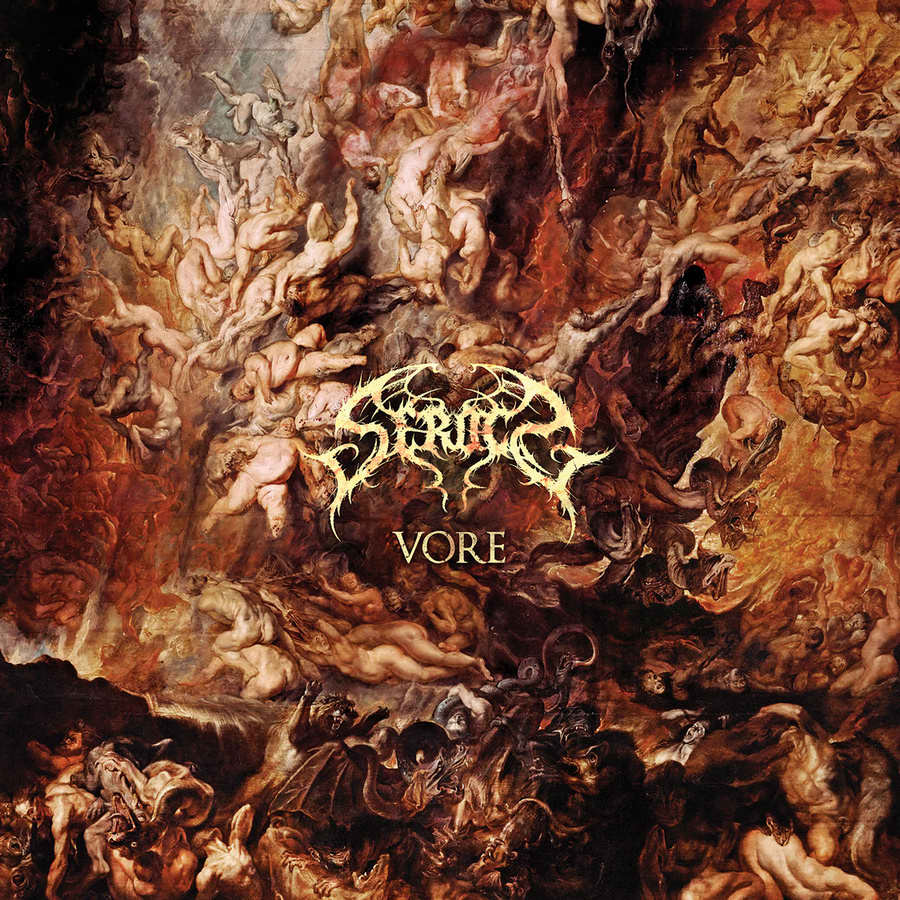 When the lyrical themes deal with Psychology, how do you expect the music to be? Yes…

Serocs, a now Mexican/Canadian/French project, plays ultra-twisted tech Death, somewhere between, Spawn of Possession, Cryptopsy, later Deeds Of Flesh, Cattle Decapitation, Visceral Bleeding and many others, just to give you a small idea how this beast torments your mind. With members from bands like Chthe’ilist, Punished or Benighted you won’t expect less than disturbing complex sounds.

“Vore” is an EP and consists of 5 songs plus 2 demo songs from 2011. The records starts furious and twisted, building up a stack of stop and go riffing and upper percussive drumming, like birds chasing each other and changing direction every second. The technical level is high, the speed is lightning fast and the vocals from alien invaders. Exhausting? Sometimes yes, it needs your full attention because there is so much going on that you will probably miss on a first listen.

Serocs musicianship is high and so they know that sometimes a portion of groove and atmospheric elements might help to give the listener a little breath and it works well, especially on a track like “The Temple of Knowledge”, or the instrumental “Shallow Vaults” right before it. Brutality paired with atmosphere and melodic moments, all labyrinthian in a way, shapeshifting and still recognisable. “To Self Devour” has got everything in it and is probably my favourite track on this record. The 2 demos tracks are cool as well, one being the first track on this new EP and the other one being “Nihilus”, a frantic fast and melodic slasher, instrumental, sick shit.

The production is modern, each instrument is crushing and well audible in details. The artwork is seductive in a way, with lots of details even there. Death Metal fans who like it complex and praise musicianship as well as a forward thinking approach should check them out (If you haven’t already). (DPF)