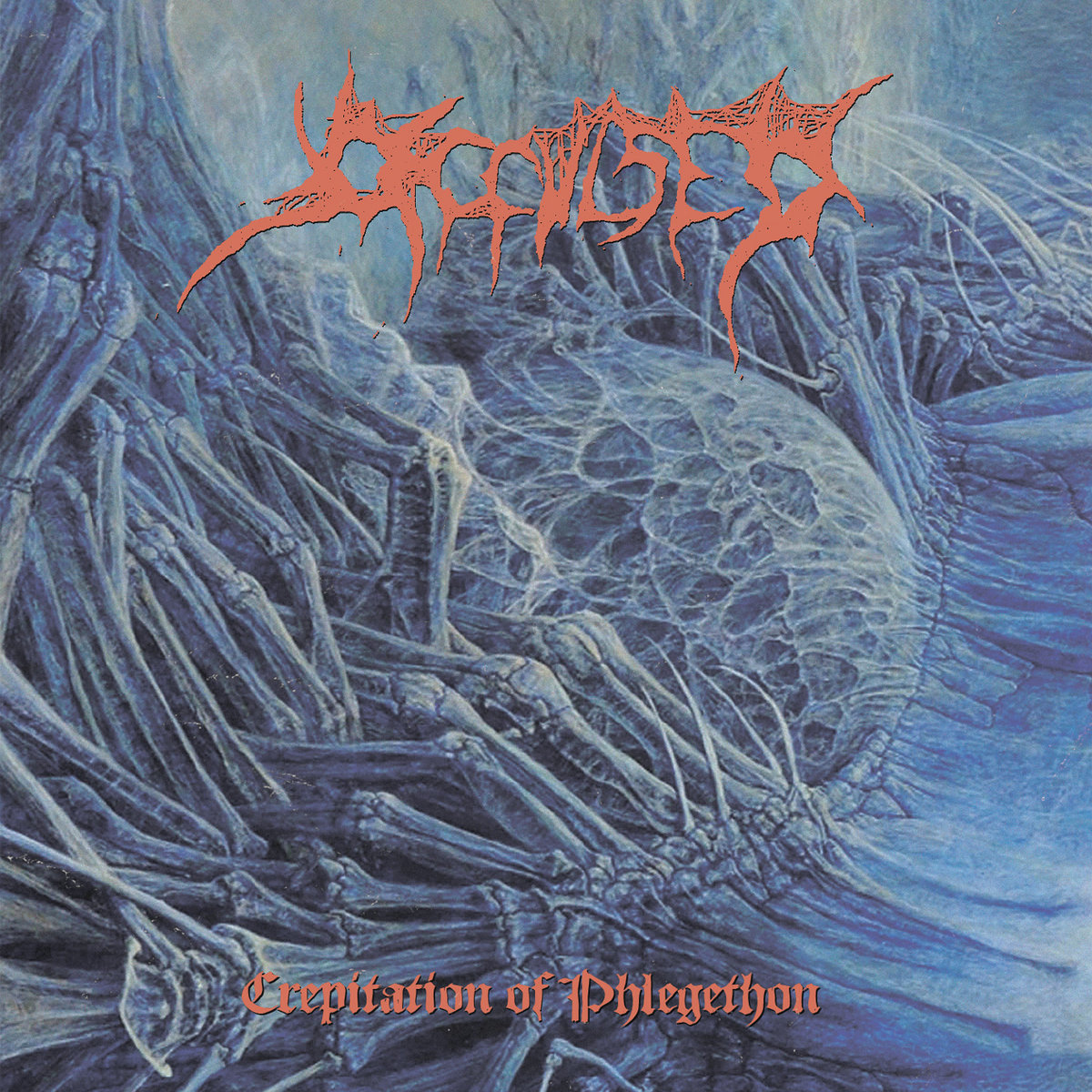 When I first saw the amazing cover art of ‘Crepitation of Phlegethon’ and the old school red logo of Occulsed, I first thought this was one of those early 90’s cult Death Metal albums that had its release through an obscure label and that people easily pay €200 for. Instead it was released late last year (with its vinyl version a couple of months later in 2022). And although Occulsed is not quite a cult band, it certainly has all the right things going on to fit in that appealing early 90’s Death Metal scene.

With ‘Crepitation Of Phlegethon’, Atlanta, Georgia, USA based Occulsed delivers their debut album through the Everlasting Spew Records, the Italian merchants of death. And, yes, it is an impressive debut album. The album’s dank and dense atmosphere is the core of its success, while so many of their contemporaries chase utterly dark and cavernous atmospheres by down tuning their guitars and puke their guts out, this trio finds that evil and dark atmosphere by using great riffs and mesmerizing slow passages. They basically use the same kind of approach as Morbid Angel did on their ‘Blessed Are The Sick’-album, you don’t need to sound like a caveman to evoke true evil – on the contrary, I would say.

The band plays with dynamics, write intriguing riffs and top it off with great evil grunts. It might not be of the same level of technicality as Morbid Angel and they certainly use their instruments in a different way, but the comparison is quite apt when it comes to experiencing their take on the Death Metal genre. It is really refreshing to hear a band that is able to pull off great songs and propels itself into the upper levels of the genre. Besides Death Metal it is obvious that they are also into more doomy kinds of music, because especially in the slower sections, the band pulls off their greatest efforts. And while they’re at it, they stay miles away from the rather down trodden paths of Asphyx-like copycatism or more melodic early Paradise Lost fashion. In a more stripped down way they even come close to Black Sabbath’s debut album, yet it gets covered in a Death Metal cloak. The first riff of the closing track sounds an awful lot like a riff that Tony Iommi could’ve cranked out for ‘Black Sabbath’.

‘Crepitation Of Phlegethon’ is a downright impressive debut album. I am very curious what these three guys will be pulling off on their sophomore record. But before that, Everlasting Spew Records will first be releasing a compilation album with both of their demos from 2019 and 2020. Much to look out for!