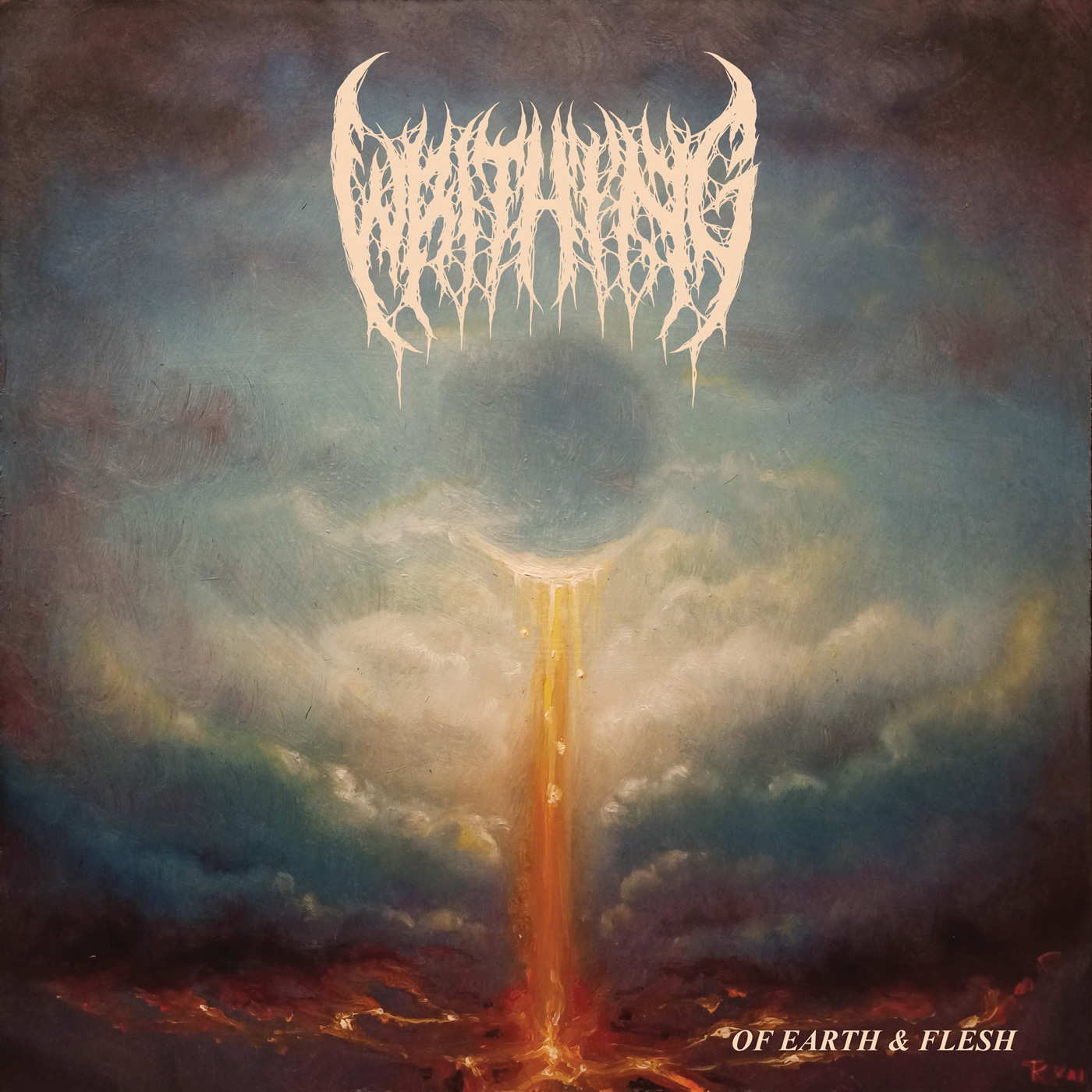 I was lucky enough recently to review the two track/six minutes in length debut EP ‘Eternalised in Rot’ by Melbourne, Australia’s latest Death Metal threat, Writhing. All that six minutes really accomplished was leaving me with a fever for more Writhing. So luckily for me those lovely Aussie lads have obliged and I now get to review their debut album too. Entitled ‘Of Earth & Flesh’ and sporting a seriously impressive piece of cover art, this one is out on CD and cassette by label Everlasting Spew Records.

A savagely concise and consistent album, ‘Of Earth & Flesh’ offers up a ferociously punishing drumming display, barbaric growling malice and chugging riffs, as well as the constant rumble of bass and a shit load of intensive guitar leads that grind this album forwards at a steady, relentless pace. Writhing’s style of Death Metal is very much in step with the American sound, so huge monolithic riffs are rife and rampant throughout, as this album flies by in an orgy of short blasts of monstrous Death Metal savagery. My track of the album is the slower paced ‘Uncreation’ whose crushing beats and guitar play wreak havoc, although the faster paced ‘Passages of Misery’ with it’s onslaught of double kick drumming fury and expansive guitar leads runs it a close second. If you want no nonsense Death Metal from Australia, then Writhing will be very much your thing! (Luke Hayhurst)